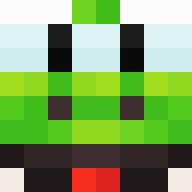 Some people may have seen my posts along time ago about remaking NSMBU on the Wii or the DS. That project failed and crashed within 2 weeks. So here's what I'm gonna work on now. I own a 3DS and a copy of New Super Mario Bros. 2 for it. Now I know the 3DS has been out for a while and so has the game, but their are still some people that may not own one or the other and would like to play it. So, as a home project, I'm going to make an attempt to recreate NSMB2 on the original NDS. The only problems that i'll face is that I'm not very good at ASM programming, since I heard you can do ASM hacks to NSMB. So because of that, I'll either need help from the community to pitch in and do some programming so I can make it more like the official game, or Ill just make it as close as I can without extra code. I will also need some community offered tilesets that would allow me to make the levels more like the official game, but other then those two things I should be able to pull this off. To the people that may pitch in, Im sorry but I would have nothing to pay you back with except that you know you helped me try to make this project a reality. Thank you to all that may contribute.

There is already such a project over at NSMBHD by ComJacker.

But if you'd like to give it a whirl, go ahead.
Reactions: JacobKibben

Okay, Ill check that project out but Im gonna go ahead and take a shot at it myself. Ive already completed the first level and will release a proof-of-concept patch in a little while.

Does anyone know if there are note blocks that make you jump higher? If there are, I must be blind xD but thanks to whoever answers my question.

There's no Note Block in NSMBDS, but if you're willing to get rid of the Springboard, you can erase it's graphics so it's invisible and then place the graphic of a Note Block behind it.

I made a tutorial:


mariofanatic64 said:
1. Open up a tileset in the NSMB Editor. Any tileset is good.
2. Draw up a 16x16 pixel Note Block anywhere in the tileset, as long as it doesn't interfere with the original tileset.
3. In the Map16 section, Give the Note Block the behaviour: 0C 00 00 88
4. Find a completely transparent block, and give it the behaviour 00 00 00 80
5. Create a new object in the tileset, 1 Block in length and 2 Blocks in height.
6. For the top block, use the Note Block graphics you made earlier, and for the bottom, uses the transparent tile you gave the behaviour 00 00 00 80 to.
7. Save the tileset.
8. Put the Note Block object in a level. Create the Springboard sprite and put it over the note block.
9. Save the level.
10. Now go into the Directory, find jump_step.nsbmd and erase all graphics.
Click to expand...

But it's not perfect, it is possible to pick up the invisible Springboard and break the block's function. Though with well designed levels you can avoid it.

Okay, sounds good. Ill give it a shot in a little while.

Okay, sounds good. Ill give it a shot in a little while. But quick question. Would it be possible to duplicate the sprite inside the NDS rom so that I coulld have a springboard and a note block?

Okay, sounds good. Ill give it a shot in a little while. But quick question. Would it be possible to duplicate the sprite inside the NDS rom so that I coulld have a springboard and a note block?

JacobKibben said:
Okay, sounds good. Ill give it a shot in a little while. But quick question. Would it be possible to duplicate the sprite inside the NDS rom so that I coulld have a springboard and a note block?
Click to expand...

It would be possible with ASM Hacking, but you'd have to figure it out yourself I think.

Okay. Thanks again. Im sorry for the the triple posting, but my internet was going slow so I couldn't tell if it posted or not xD BTW are you any good at designing custom tilesets cause I wanna get some good graphics for it. Ill be sure to add you name in the credits due to the help you've provided me with so far. Thanks again if you can make a good tileset for me. However I can try to design one myself if no one else can provide one.

Current Status: I have completed World 1-1 and 1-2 withou the secret areas. I would be grateful if someone could provide me with some new tilesets to make the game seem more like NSMB2. I will also release a World 1 Demo Patch once I feel enough has been modidied for a beta release. Once again It would be great if someone could provide a nice tileset and maybe a note block ASM hack so I can have a Note Block and a Springboard in the game.

You can always use tilesets ripped from NSMB Wii because they're pretty much the same as NSMB2. You just need to resize them to 16x16 blocks instead of 24x24.
Reactions: JacobKibben

I have begun designing World 1-3 and have replaced almost all of NSMBDS's graphics with its Wii counterpart to make the game look more like NSMB2 since both games look almost identical (big thanks to mariofanatic64 for pointing that out to me.) In about one week I should have a World 1 Demo Patch ready for the community to try out.

If I don't have it up by then, I'm really sorry. My internets been broken on my pc and I'm not sure if I can upload files from my tablet.

I'm realy sorry but this project has been cancelled... Because its moving to the nintendo wii! Please don't reply on this thread anymore. Reply on the thread I will be starting in the wii section.

B
Homebrew hiring NDS game programmer (not very much budget tho)

@ RichardTheKing: If you have a more recent Switch model, that exploit has unfortunately been patched... A moment ago
Chat 2