I'm certain other folks have tinkered with the NGDS demo as much as I have. Well, I was just fooling around with it some more and discovered four new moves not mentioned in the demo.

I've found a few others -- I can't remember offhand -- over the month or two since the demo's release, but I thought these were cool. I also thought it'd be neat to see what moves other folks have discovered outside of what the demo teaches you. The demo is so simple, yet there seems to be so much hidden as far as moves go. I'll probably tinker even more, now that I know there are a ton more moves (from reading a recent interview with Itagaki).

I just discovered an awesome move where if you slide your stylus quickly at the bottom of the screen Ryu forms a blue bubble around him. Do it for a little longer and he forms a red bubble, once you let go he does a bad ass move.
P

I miss the old ava

Someone beat me to the chargy move! D:

I love this demo. I loved Ninja Gaiden on Xbox too.

After you do a flying swallow (Jump and slash through ememies) you can hit enemies around you straight after. The flying swallow is such a badass move..

Any word on release dates?

Â I miss the old ava
Click to expand...

Seconded. I thought you had the best use of holiday ornaments on the forum.

OT: Is this still at the download stations? Or is there a new one?

It's still at DL stations.. you can also get it on the internet.

iluna drop is easily the coolest move. but i have done a motion that spins his sword around and slices all the enemies around him. i dont remember how...

QUOTE(BortzANATOR @ Jan 3 2008 said:
iluna drop is easily the coolest move. but i have done a motion that spins his sword around and slices all the enemies around him. i dont remember how...
Click to expand...

I did the same. I tried redoing it, but it didn't work.

Just found another. If you do a quick circle around Ryu (ala Link's twirly thing in PH), he does a three-slash combo, which is pretty cool and useful. Discovered while on the pot (not very cool or useful information).

yes,slip from the top right corner to the bottom left corner for a few times,you can find something exciting 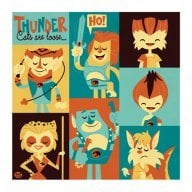 Wow, I had no idea a demo was out for this. I've been keeping track of the releases but I never seen a NG demo dump. Is it on one of those DS Download Station demos?

QUOTE(Gifted1 @ Jan 4 2008 said:
Wow, I had no idea a demo was out for this. I've been keeping track of the releases but I never seen a NG demo dump. Is it on one of those DS Download Station demos?
Click to expand...

Yes, but theres a much easier way, just download the demo, that way you only need 1 DS

I gotta say that I'm really impressed with the demo for Ninja Gaiden. I was scared of what this game would become with the whole stylus control thing but I gotta say that it worked out really well. Cant wait for the game to come out. I'll probably buy it.