A new beta version [build 12606] of the Fall 2010 [alias 'Kinect'] dashboard has been leaked on the internet a few days ago and it seems like Microsoft added new protections to it. Several users seems to report problems booting certain games from recordable media on 360s with a modified DVD FW.
One of the titles affected seems to be Fable III. The game boots fine from any media on the current dashboard on a 360 with modified FW, but fails to boot from recordable media on the leaked/12606 beta dashboard ["This disc is unreadable"] - while the retail disc will work just fine according to #[email protected]

The new fall 2010 dashboard might get official released tomorrow [Tuesday Oct 26th 2010] (unconfirmed date, but it will be before Nov 4th anyway) to all 360 owners, so we suggest you do NOT update if you have a modified FW until we know more about these issues.
JTAG users should of course not update at all (will lock-out old CB and make the JTAG hack impossible), they should wait for a new rebooter.

Hmm, wonder if we will finally see a new wave of discs (we have been at wave 6 for ages).

I suppose I should also say- everybody make sure you have a copy of your DVD keys. If you have to email the person that hacked it do so I would do so ahead of time.

Edit: was doing a bit of reading. Some people are calling user error and the like (we did see a nuke or two from those that did not understand waves back for wave 4- I think it was Lips that got it that was later overturned) 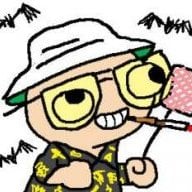 i heard this is only with fable 3 so far, it show's in the menu and installs to HDD just fine but will not play the game.
i'm thinking you may be able to use activate.iso to play it though, i may try it when i get my retail copy and i get some more DVD+R DL media.

Damn, I wanna hear about security holes not this! haha... when does this dashboard comes out, any date?[Got to read more carefully]

All activate.iso does is stop the onboard protections not any that might be built into the dash- the reason people get banned is because the hacked firmware does not emulate and original drive properly (or people screw up and prevent it from being able to- see wave patching and the like). If indeed this is correct MS have added some new always on checks not at live/sometimes on level but at always on dashboard level to their beta versions (and presumably upcoming firmware).
They did have a new region protection a few weeks back although that only troubled JTAG users.

So let me get this straight

will i be having to update my 1.6 soon - im still on 1.6 with activate ISO - never bothered flashing.

then again we have the wave changer so no biggie i suppose.

its quite odd though

- then again this being an MS game i wouldn't be surprised if it were actually new protection.

If indeed it is a new protection then yes chances are the hacked firmwares will have to be updated. What will happen in such a case is up in the air though (we have had a few goes at hacks to the firmware in the past)

If it is just some people badly burning isos, a bad release or something like that then you can carry on as usual.

Has there only been one release of Fable? Looking on ABGX there's only the Marvel one, so it could be a bad release as others have pointed out.

At the moment this is not much more than a rumour. Wait until the actual final DashBoard is released before passing judgment. Some people on XS are saying F3 works fine for them, so it's not certain.
E

I was worried when I first read this to be honest. I am not on the new dash beta and still using the activation disk. I have been playing fable 3 for a few hours now, works fine. I checked xval to see if I have been flagged (i havnt).

Im hoping its a problem with the beta dashboard release.

just to rule out one thing

it works flawlessly, the game loads and plays fine - i say some glitch with the NEW leaked kinect dashboard ( i stress again that i didnt try on the new dashboard in the title, this is the 2.0.12416.0 found in the link i provided) - so dnt blame if if you mess something up.

regardless, if your still on the normal NXE or even pre-NXE i recommend not upgrading at all till the big heads confirm all this mess.

Well it appears to be confirmed.

Dubbed AP25 we shall be seeing SSv3 and LT+ appearing to counteract it. Apparently samsung and some hitachi are unable to perform the new checks (such a thing has happened in the past with other checks) and spoofing will not work around it.

New games only for now (title updates are a different matter but we can control them to an extent), JTAG users will not be updating for now anyhow but I imagine they will be lost when it comes time to upgrade.

Thanks to Thug4L1f3 for pointing a bunch of this out.

Oooh, sounds interesting. They've quickly found a workaround though...I just wander how long it'll take [to release]. But it seems like the Slim DVD firmware will be coming at the same time too!

To a certain point, then they will start to include the update as a new wave on disc and you'll have to update in order to play the game.
W

The update will probably come with the game(s).

wont wave changing games do the trick for us offliners ?
W

Maz7006 said:
wont wave changing games do the trick for us offliners ?
Click to expand...

I sure hope so

Maz7006 said:
wont wave changing games do the trick for us offliners ?
Click to expand...

It will know that you wave changed and it will be logged on to the system until it goes online then it sends its info to MS so it won't be live safe.. but it should work?

@ KenniesNewName: So does the S logo Google has stand for shut down 19 minutes ago
Chat 1