New year, new stuff in the US public domain now the extensions have timed out and the clock continues to roll. We have done previous years as well https://gbatemp.net/threads/new-in-the-public-domain-for-2021.580143/
https://gbatemp.net/threads/so-a-bu...ew-days-ago-2019-copyright-expiration.528124/
In this case 1926 is the main year for things, though do pay attention to the music recordings thing later.

Videos covering what and why
Though a nice counterpoint might be

Most are noting ever popular kids book Winnie the Pooh is public domain now. Do note it is the original book and characters there, things published in later years likely won't be (there was a fairly famous case involving Sherlock Holmes when that went public domain as some later books, which added notable character traits, were not and things challenged on that basis).
T.E. Lawrence's book The Seven Pillars of Wisdom, the basis for the legendary film Lawrence of Arabia, is also joining it. The original Austrian Bambi is also in public domain, though it will be a couple more years until the US translation is available (1928 for that one, though you would be free to publish your own translation or reinterpretation. The Disney film was 1941 for the curious so you can do the maths on that one). Agatha Christie (died in 1976, her only child dying in 2004, both in their 80s in case we were concerned about royalties being lost*), The Murder of Roger Ackroyd for fans of crime dramas (another one of the Hercule Poirot books for which several are now out, fans of Miss Marple will have to wait a few years yet as the first full novel there was 1930 but there were some shorts before then. Tommy and Tuppence, Superintendent Battle and Colonel Race having at least one full novel out each now as well)).

*various places doing life of the author plus however many years, in the case of works for a company then a time period is used instead.

Films then have a few silent era greats get some more public domain things, Don Juan from this year is also noted as being the first to use the "Vitaphone" system for simultaneous recording playback rather than hiring someone with a piano to play along or something, though we are waiting for 1927/next year for the Jazz Singer if we want to hear voices in film as well.
I did actually watch the Freshmen last year after that was released to public domain. Pretty good so I will probably continue with some of his stuff, and maybe some Buster Keaton.
That said Faust is probably what I will pick here to properly highlight
If there is one German expressionist film that reaches down the ages it is Metropolis (which has the film next year, book was 1925 so there is that. While it did technically go back into copyright and will probably be so in Europe for a few decades yet you can easily find it) and is the basis for a lot of dystopia, and depending upon who you ask also the basis for cyberpunk. If there are two then Faust is the second. It is based on an old German play and is a fairly classic deal with the devil type thing, spoilers perhaps but if we are going with remixes then Dorian Gray is probably safely said to be heavily inspired by said same (turns out remixes are good things).
A version is picked above. There is a German one and one made for US audiences (who were imagined to be morons), also a French one, and restorations and recuts to consider. You can figure out what goes for that one yourself.


Some stuff on music recordings is also now more cleared up than it was as the timings of things can get tricky (depending upon when it was made, what it is, who made it (company vs individual), nature of registration, recordings back then also not mattering as much as compositions). In this case rather than 1926 of books and films (and the compositions of songs -- you could sing a new version of it without issue but find a 1926 wax cylinder of the thing, rip that and you can't share it for another few years) we are looking at 1923, though this still means hundreds of thousands of works.

It should also be noted that if laws had not been extended in the 1970s we would be today looking at works from 1961 for this public domain addition (as in your grandparents might be able to share something from when they were kids and while first computer game is hard we would be seeing pong hit it before long as that is 1972), and possibly more than that if copyright had instead kept with the trademark style renewal model (albeit with a 28 year model, in this case that meaning an awful lot of things from 1993 so ponder that synthwave fans). If you are thinking "how much stuff still exists from the 1920s?" then yes, that is a very big problem for all but books really (and even then that is far from assured) with lost media being a massive problem. The duke link above for instance notes that the great gatsby (which went public domain last year) saw a film adaptation in 1926 ( https://www.imdb.com/title/tt0016938/ ) but is considered lost now. What timeframe this is less likely to be a problem in varies as well, especially once TV becomes a thing but 1950s and 1960s will probably be the advent of widespread film such that ripping it becomes more than a found in a basement/attic or in a esoteric weirdo collector thing, widespread vinyl records and such.

People do actually remix these things as well. Pride and Prejudice and Zombies probably being the most well known of such efforts but plenty of other things work too. You can also include them in your videos and compositions if you fancy finding some reaction shots from more than a few star wars and 90s films.
Reactions: hippy dave, Henx, Dr_Faustus and 4 others

Please note that you are talking about US copyright law, which does not apply anywhere else in the universe. Some of these things have been "public domain" in other countries for a long time now. And if Michael Eisner and Disney hadn't paid off so many congressmen in the 90s, these things would have been public domain 20 years ago. Also, sound recordings are a completely different matter: https://library.osu.edu/site/copyright/2013/05/15/198/ 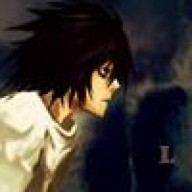 ChibiMofo said:
Please note that you are talking about US copyright law, which does not apply anywhere else in the universe. Some of these things have been "public domain" in other countries for a long time now. And if Michael Eisner and Disney hadn't paid off so many congressmen in the 90s, these things would have been public domain 20 years ago. Also, sound recordings are a completely different matter: https://library.osu.edu/site/copyright/2013/05/15/198/
Click to expand...

I don't think many people realise that until recently, all the Disney stories were based on known fables and stories. They then copyrighted it for their own benefit.

@ x65943: it means they had nothing better to do but spam roblox A moment ago
Chat 3