I recently bought an european New 3DS (non XL model) from a guy that sold it to me for like 91 USD. The console is on 11.7.0 and it seems to have faulty hardware. To start with, the console works mostly fine, running Luma v10.2.1 and boot9strap installed. It also plays 3DS software, GBA and SNES virtual console and DS Mode software mosly fine, but some with problems. These are some of the problems that I have found so far with the console:
- Wireless communication is permanently enabled. I already tried turning it off with the quick menu from the Home Menu, from Rosalina and using the Start+D-Pad combination when pressing Home on DS Mode.
- Although Wireless is permanently enabled, the console doesn't recognize any kind of WiFi network nearby. I haven't tried DS Wireless Communiction nor 3DS Wireless Communication since I don't have another console to test, but I guess they both would fail too.
- Sometimes, when I open up something from the Home Menu, the console just freezes and I have to force a power off. When this happens, the Home Menu theme's music keeps playing, though.
- When running 3DS Software, closing the lid (putting it in sleep mode) and then opening it up again doesn't wake the console from sleep. Blue light is still turned on afterwards, and only option is to fore a power off.
- Running any of the Gen IV Pokémon games via Twilight Menu gets me up until the main menu, and flashes the main menu screen for a split second before showing a screen that states a Communication Error happened, after which it restarts the game and continues the cycle.

Thanks for the help 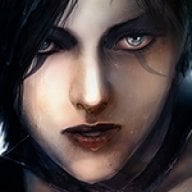 Before you replace the main motherboard, I would suggest you try a few things first. First, if your touch screen has a screen protector, remove it. If your system still malfunctions, open it up and make sure the cables inside the system are all seated properly.

Hey, could be the sd card slot is faulty, though doesn't explain why the wireless communication is permanently on. But i know that if it's the motherboard you get a permanent freeze, but honestly you can never know.