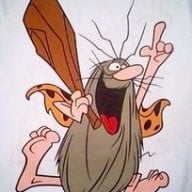 What in the world is this?

It's not a very good screenshot, either.

you see other things to do with ?

i donno if i should try this just to have something to LOL about for more than an hour...

Must admit I like the game, it's a variety of games, first you fight of some bad guys with a horse, then you control the horse while it's running away, then you control some goat in some adventure type level. Pure class.
G

Yeah that looks kool im adding it to my collection , at least its better graphics than the two new realeses. 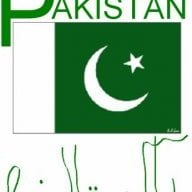 looks nice.but what type of game is this. 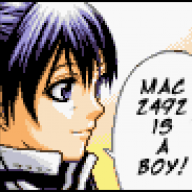 Gameplay: i guess this game refers to some tv show disney made. i personally donno it but it looks like a farm in a wild west scenenation dominated by animals, in this case a horse with an ego like schwarzenegger, a goat which always says no to everything and some more animals. some bad guys break out of jail and you wanna put them back in. you do a repeating process each level which starting with the goat doing some jump-n-run to snag a piece of paper. then you become the horse and you do some race-like run with lots of jump around and collecting (time restricted). finally you do a double-dragon like side scroller smacking bad guys with crazy moves (hove kick, wipe-lashes and even kung-fu kicks)... as horse of course. finally a level boss and then the process repeats. gameplay is easy as you see and after the first level you snagged the princip only it gets heavier and crazier to beat over time. in general the difficulty at the beginning is damn easy whereas at the end it can get heavy.
Save: password... more to say? a pain in the ass. either you've got an emulator or you are good towards the end.
Graphics: cartoonish, disney-ish. nothing special, nor bad nor splendid.
Sound: uhm... not the shiny piece definitly but fortunatly it doesn't suck that much you wanna turn it off.
Controls: easy. each time you need to know something the farting rabbit tells you so don worry. controls are responsive and not difficult to master.

VBA: no problems with VBA at all. you can speed up to around 200% but it's another game you won't need it often.

Overall: if you like it or not depends mostly on your taste. if you like jump-n-run or double-dragon like gameplay you can give this one a try. if you don't like this platforming gaming style you rather better stay off although alone the fact you can kick ass as horse is something you should have done at least once, even if only for 5 mins and not more

It's based on the new Disney Movie about three cows ._.

By the way, in the Options you can switch the language to French if you wish, so this game is MU2

apart from that it's total crap
D

this game is BIG fun
K

I like it!!!!
Who know how can I remomove intro from this game?

Homebrew Wii U Boots to Homebrew vs. Wii U Home Screen