The Sage Of The Forest Temple

wondered whether this would come out

shame its in japanese tho

Roll on USA version B)
S

mother 3 will come out in usa and europe too

so if we wait we wi have a new mother game 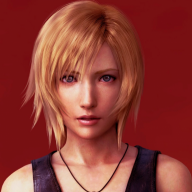 omfg... somebody make a translation!!
R

This one doesn't need a translation!
If you want it in English so badly, just download the US version of Mother on NES and Earthbound on SNES!
Z

What is this game about?
(why do U all seem so excited?)
Shouldn't this be named Mother Earth? (with the earth as an O, it makes some sense)
K

*waiting for us/eur version*
B

QUOTE said:
What is this game about?
(why do U all seem so excited?)
Shouldn't this be named Mother Earth? (with the earth as an O, it makes some sense)
Click to expand...

Mother. Better known in the USA as "Earthbound". Only the SNES Earthbound was translated and released in the USA ("Mother 2"), but a translation group got together and translated the original NES title (Mother), under the name "Earthbound Zero".

They were great, off-beat RPGs with weird senses of humor. Even in today's RPG-soaked society, Earthbound stands out of the pack as a refreshing breath of fresh air on almost every faucet. Instead of orchastrated music, you had techno. Instead of swords and sorcery (or techno-futuristic-utopias), you had modern day people with psychic abilities. Most RPG cliches are either missing or drastically altered.

Isn't that guy in Super Smash Bros Melee from the EarthBound series. I forgot his name, but he has psychic abilities.

/me goes to hunt down the translated versions
O

He, i own the snes version of this game....i beat it a while ago, but i still play it. 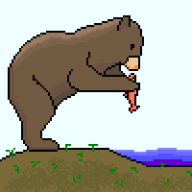 QUOTE(BlazeHedgehog @ Jun 19 2003 said:
but a translation group got together and translated the original NES title (Mother), under the name "Earthbound Zero".
Click to expand...

from what I've heard, it wasn't a translation group but there was a prototype cardridge of the american Mother version and someone bought and dumped it.
G

Are these new games or just remakes?

Remakes. There will be a new one though.

ramzabeoulve: sure, as soon as you give me a snes emu for the gba... lol

Just download ZSNES and enjoy it... on your PC, that is

D
ROM Hack Is There Any Interest in Porting The Legend Of Heroes: Trails of Cold Steel 1 & 2 PC Translation?

@ Psionic Roshambo: What do Michael Jackson and the Captain from the Spongebob theme song have in common? They both... 4 minutes ago
Chat 1