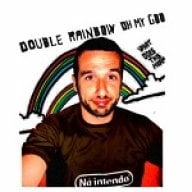 And once again, floods of them started to come....
K

This is the game that I'll play all through the Easter Holdiays. By th way, those of you who have played it isn't it a bit fast? You don't even get chance to see the card you played.

in fact it's a card game based on a japanime, it' s like SNKvsCAPCOM Clash Fighters on NeoGeo Pocket
M

i like yu-gi-oh so i'm going to play this game!

Lord of the Rings Online

i dont get this game :| thought it would be much coooooooler

quess it aint or is the beginning just booooring
T

*adds another sleeper to her overgrown rom-collection*
F

Why would you want to?
C

This game is really hard! My first oppent was Yugi and he played 2 Gemini Elfs in the first 2 rounds.

Lord of the Rings Online

is this game worth to flash ??
G

YES! The game I've been waiting for. Its addicting and one of those games you play before you got to go to work or class to kill time. Easy to learn also.

Location
The center of a singularity

Looks the same as the first one...
M

the ai in this version is a loooooooooot smarter!

Its a upgraded EDS pretty much.

The reason its called WORLDWIDE EDITION is cause Konami is going to make one Worldwide Tournament one day, and this game is required. Read it in my Shonen Jump

My bro's addicted to EDS... his only beef is the God cards aren't playable, and he's legitamitely got the Obelisk (I think he actually might have the other one by now too). We'll never get him off of this if those cards are playable.

Yu-Gi-Oh is the latest rip off of Magic: The Gathering, the original collectible card game. Yu-Gi-Oh is far less balanced and MUCH less fun (think playing the normal card game War, but with traps. That's pretty much it.) What I mean by balance: First turn kills are abundant and if you fill your deck with nothing but big creatures and one or two creature-destroy cards, you've won. In Magic, if you try that, you will be wasted by the first rush deck or direct damage deck you play, while any permission or land destruction deck can just toy with you.

I'll gain respect for Yu-Gi-Oh if it happens to stay longer than the fad games, like Pokemon's card game or Marvel OverPower. Magic's been around since 1993 if I remember correctly, and was actually in small circulation before that.

Sony PSP Yesterday at 9:45 AM
Dumbfreak