It's been a while since we last heard of the Netflix animated adaptation of the Devil May Cry series, but we finally have more to share today. The series' producer, Adi Shankar, who was also behind the popular Netflix Castlevania series, provided more information in a recent interview with IGN Japan. In it, Shankar also revealed that the first season will be made of 8 episodes but that season won't conclude the story as the producer has plans for a “multi-season arc”.

“The season 1 scripts are done,” Shankar said in the interview. “They are rad. I could not be more excited.” He also confirmed that the series will include Dante, Vergil and Lady; without revealing much about the plot. However, for this adaptation Shankar has been working directly with Hiroyuki Kobayashi. The latter worked on several Capcom games including the original DMC and Resident Evil games. Kobayashi was also involved with the studio Madhouse-produced Devil May Cry: The Animated Series from 2007.

“Kobayashi-san has been wonderful,” said Shankar. “It’s seriously a joy to work with Capcom. Their character library is unlike anything assembled.”

Netflix's Devil May Cry animated adaptation is said to go into production "in early 2022" but there is no airing window for the series at this time.

CMDreamer said:
Hope it's not as bad as the Castlevania series on Netflix. That's why Nintendo had refused to do colaborations like these.

Also, I hope the recently announced Mario movie doesn't suck as the last one they made.
Click to expand...

You take that back, the 1993 film "Super Mario Bros." is one of the finest pieces of cinema ever created
Respect the fungus

Another quality Capcom IP going to the slaughter, smh... Def not looking forward to RE: WTRC. 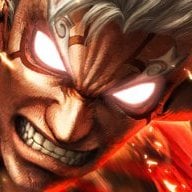 Wonder if Dante will still order Strawberry Sundae in this one 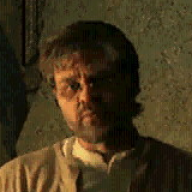 ‘It Takes Two’ is getting adapted for TV and film