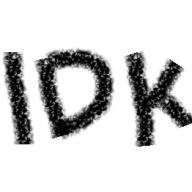 As in the title. Basically I tried following every tutorial I managed to find [including The Ultimate Guide or the thread about Kurayami no Hate that was dead] about making translations for nds games and after trying multiple programs and failing miserably, managed only to extract the most basic files from .nds. Basicaly this: 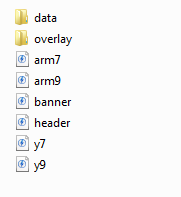 I managed to do that using both Tinke and CrystalTile but couldn't proceed. Tried quickbms, BatchL, Kuriimu, AnimED [which obviously didn't work but hey, I tried], and even xbcompression with poopypants [poopypants technically worked but it created several gb worth of .raw files that won't display out of 4kb of data so yeah...] as supposedly it could unpack .bin and .idx files, also didn't work but that's not surprising as it was created to unpack Tekken files ¯\_(ツ)_/¯ Not sure if my plugin game is that weak or I'm simply doing something wrong. Most of the files were apparently decompressed already if I'm to believe BatchL and the two that 'were compressed' couldn't be loaded by CrystalTile. Couldn't also use 'Sub-file sort' on any of the files, just didn't work. Tried to use some more simple programs and looking for the right extension at the beginning of each file but it either didn't work or just showed some dots instead of extensions. Only the .nds file was read properly, anything besides that - nah. I suppose I just need a step by step tutorial of what to do using which program? Cause I have no idea what I'm doing and Kurayami is apparently especially easy to hack. What I'm trying to unpack/extract/whatever, btw:

Wanted to extract everything to know which graphics need to be edted besides the basic text but in the worst case just being able to get the script and means of compiling it again to create a patch is enough.

@ KennieDaMeanie: https://youtu.be/RZAKlo4VYHA psi you on airlines again 29 minutes ago
Chat 1