Gaming NDS Games That Deserve To Die A Painful Death 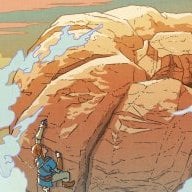 Here, we can talk about the games on the Nintendo DS that we regret getting. For instance, Ultimate Mortal Kombat 3.
>.>
I hate this game! I don't know why I keep playing it! It's too hard! I don't know who even approved this game! I can't beat the Novice ranking fights! Playing against other people.... Well, online, I get blitzed. Which also makes me wonder. There's a lot of games where they say don't go online because you'll get hardcore blitzed, but I wonder, the people that blitz you, they ever get blitzed?
Anyways, back on track;
Online, I get destroyed in half a second, but I can play against my friends. But the Novice tower with the computers is horrible! I've only beaten it once on a freak accident glitch! I fight, and fight, and I just can't win! I've gotten to Motaro, beaten him maybe three times, then fighting Shoa Kahn, a glitch happened and I took hardcore advantage of it and destroyed him, but any other time I die by him in like two seconds, that is if I even make it past Motaro without trying a thousand times! And the regular non-boss fights are just as bad! I can't do anything! All my friends agree with me that this game is too hard, and anyone that has ever touched it needs to have some time of their life compensated for in some way. Anyone wanna agree with me that this game is too hard to even be playable? Anyone wanna disagree and give me a good reason? Is there something big me and my friends are being? And don't forget to talk about what game you think needs to die a horrible death as well.
Man, this is like the Water Temple all over again! Either it's your b**ch, or you're it's b**ch!

This game can go die in a fiery ditch along with the guy who says, "It's official, you suck!" when you die to Noob Saibot in the extras of the game. (Unlocked with cheats, of course. Just need to make that clear matched with how bad I suck at this game)

--And for the record, I love every other Mortal Kombat game I've played--
A

the only diference i see in this game is the multiplayer lag...in snes multiplayer was best but single player the game is just fine,and just to point Nintendo DS is a console whith a lack of fightinhg games
oh sorry for being off topic,
the girls games shoud have a painfull death
like cosmetik bullshit

Shovelware.
Done.
Can we close the thread now? 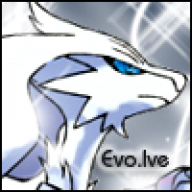 machomuu said:
Shovelware.
Done.
Can we close the thread now?
Click to expand...

The 3000+ shovleware games. There are some bad games that aren't shovelware, but you might as well take a look at one of thousands of awful games that don't even try.

machomuu said:
Shovelware.
Done.
Can we close the thread now?
Click to expand...

Bad game, die, die! The controls felt like they needed an analog stick. I should probably try this on 3DS.. Even had other cons than the controls. It has been a while since I played that game.

L
Gaming MH Rise - what am i doing wrong?

The Edge of the Forum Dec 2, 2020
ClancyDaEnlightened