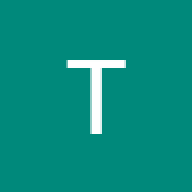 I have a few nds forwarded roms on my 3ds, said games are pokemon Heart Gold, Black and White, for easy access with pksm.

I was playing heart gold last night and it would occasionally "freeze", it's in quotes because the frame is frozen and the music would still play.

I looked up ways to solved this and my conclusion was to just install twilight menu++, so I did that, installed it via the universal updater, then I remember why I had them as nds forwarded as oppossed to using twillight menu in the first place.

When I boot up the rom on twilight menu the game would be stuck, the top screen black and the bottom white.

So I uninstalled twilight menu and decided to stick to the nds forwarded rom and just save every now and again.

But another issue arises, for whatever reason the nds forwarded rom wont load now. It's stuck on a black top and white bottom screens.

If anyone has a clue on how to fix this, I'd greatly appeciate it.

Issues running Fire Emblem 12 on N3DS through the DS Forwarder

Nintendo 3DS Today at 3:08 AM
lifehackerhansol