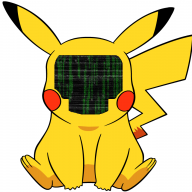 I'd like to start off this review/story by saying that this is all based on my personal experience and opinions (obviously), and if you have a differing opinion I'd love to hear it! I will also note that I haven't had any Joy-Con drift issues on my switch, sort of, but more on that later.

I received my first Nintendo Switch in April of 2017 after my sister called me in a state of excitement telling me that she was able to snag one of our local GameStop's last switches. Upon receiving my VERY early Christmas present I got so overwhelmed with glee that I couldn't put it down for months. After spending more than 100+ hours in BOTW and MK8D I got into modding my switch.

After ignoring all the warnings about my switch possibly getting banned I well... got banned. To be fair it's not that I wasn't being careful, I just didn't care about playing online at the time. Me and my friends were still beating the hell out of each other on our 3DS' in smash and none of them saw the appeal to buy a switch at the time due to it's lackluster amount of games. BOTW was a great time but I don't think $300 justified getting it ONLY to play BOTW. Besides, my friends all had Wii U's (I did not) so if they wanted to play BOTW that badly they could play the Wii U version. So there I was, no friends to play with online, a banned switch, and a copy of 1-2 Switch later I put my switch in it's dock for what was almost it's end. That was until December of 2018 when smash ultimate released.

Every now and then I downloaded a indie game I was interested in and tried it out but for the most part my switch became more and more useless to me. I couldn't find a reason to play it anymore and even when my friends had finally bought switches I still didn't see the appeal to want to play with them online instead of locally. But, come that December of 2018, I was HOOKED on smash ultimate. All my friends made the move from smash for 3ds to ultimate and it was an amazing time. We all would gather in our high school cafeteria every morning before school and have a blast knocking the hell out of each other just like we did on our 3ds'. Nintendo was pumping out more games I was interested in as the months rolled by and eventually I saw myself playing my switch just as much as I did when I first got it.

Fast forward to 2020, my senior year of high school gets fucked by the pandemic and after a hasty decision by the district to not let students return to school after spring break I found myself still playing my switch but just not as much. I couldn't play locally with my friends and I couldn't play online either. There wasn't much going on in the modding community that interested me aside from being able to use some other console's bluetooth controllers natively (MissionControl from ndeadly). That's when I decided to work towards a new switch. Whether it be the new "mariko" units or a switch lite I was determined to play with my friends once again! Also out of boredom I bought a new shell for my switch and when I installed it some of the pieces weren't sanded properly and my left Joy-Con started experiencing drift soon after the install. I already owned a 2nd pair of green/hot pink Joy-Cons at the time so I didn't care that much about the what I now call the "Crap-Cons".

After some effort and bouncing back between wanting and not wanting a new switch I finally got enough money to make my purchase. I got a turquoise colored switch lite from target while I was there getting groceries and noticed they had one left in stock, nice. I reinstalled all the games I could, popped in my game cart for smash, and I felt the same way I did when I first received my original switch. I've replayed all my games, re-unlocked all the characters in smash after finally doing a full playthrough of world of light (never finished it on my OG switch), and finally, I could play online with my friends again.

A month later into using my switch lite there are somethings I've noticed. The console is smaller than the OG switch, that is a given, and my baby hands fit comfortably around the OG switch in portable mode, but whenever I'm using the lite I've noticed my thumb hits the right stick a lot whenever I'm moving my thumb around to press the face buttons. It isn't that big of an issue in most games and I'm far from being hellbent about it but it was the only negative thing I had to say about it. The switch lite, from a casual gamer's perspective, feels pretty much the same to playing on a switch just minus the dock and detachable controllers. But that doesn't worry me at all since I still have my OG switch, if I wanna play on my TV that switch is still ready to be fired up whenever I want.

To end it off, the switch lite offers a very similar experience to the OG switch, in my case, and has shown me that there are some benefits to owning 2 switch consoles. I can share my switch with my sister and play games with her when my friends aren't available. I can resell or loan a switch to one of my friends and let them have just as much fun as I've been having. I can follow the modding community and try new things without worrying about getting banned. There are a ton of possibilities!

Thank you for taking the time to read this, and again if you have had a similar experience or a differing one please let me know I would love to discuss!
Reactions: Goginha 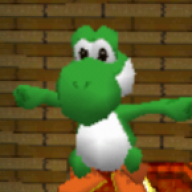 I also didn't care of getting banned at the time, and once I got banned I started to want to play online, but I can't now.

Hardware Should Switch Lite fan always be on or not?

Hacking i updated my switch to 12.1.0 but my switch still gives me update notification