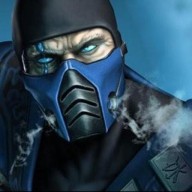 My doubt is about those gateway-3ds, r4 cards and firmwares.

I had bad luck with all r4 I got with my regular 3ds and 3dsxl. First I got the acekard, which got stuck in 4.2.0 by nintendo.
I tried to cancel every time that annoying firmware update pop-up and when I wasn't playing I lent the video-game to a friend who updated.

Then I bought and tried one DSTWO, which worked fine until I got an 3dsxl, it worked like 80% of the time at first, and it's like 2% of the time now. I tried cleaning contacts with an eraser, tried removing dust, tried unscrewing, formatting (FAT32, FAT16) the microsd and making everything from step zero and nothing, it works when it wants and for some reason I can't understand it likes 90% of my regular 3ds.

After that I tried the R4i Gold 3DS to play with my 3dsxl. When 6.0 update launched, mine was revision C and everything I tried I got nothing but "Fail" when trying to update with the roms given.

I gave up from nds roms playing in my 3DS. Multiplayer was bad, because both consoles needed to connect to an wifi network (creating an ap with my cellphone isn't a good alternative) and If I wanted, I could use an emulator on my computer to play.

Even though I have some 3ds games, what really makes me want that card is the possibility to play the full multiplayer for some 3ds games without having two copies of the game.

TLDR; My REAL doubt is: Should I lose hope and just keep updating my consoles or wait? I think I read somewhere that gateway-3ds will work a 6.x with an hack and to not update beyond 6.2.0, I'm not sure what to do. 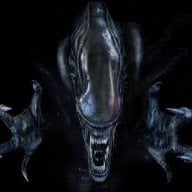 I guess no one can say for sure...There might be a workaround for higher than 4.5 tomorrow, there might be never! I guess since you have two, just keep the 5.1 one and do not update it and use the other one to play new games. Also, heard DSTwos are pretty good cards so you might want to order a new one and this time keep it inside the console or in a cartridge holder at all times.

Y
Homebrew Been a while, what's changed with TWLoader?

@ SG854: The comedians are going to have a field day with this 43 minutes ago
Chat 0