and it's been released:
https://www.romhacking.net/hacks/6797/
Reactions: hippy dave and SDA

Titney said:
and it's been released:
https://www.romhacking.net/hacks/6797/
Click to expand...

Thanks! Never played this game before but it looks like something I might enjoy, and I've said it before - any game where you get to play as a penguin is a good game

Pretty great that the whole GB Wario Land trilogy is now all in color, along with the 2 proper Mario Land games, essentially completing that series for the GBC. What's great is that it would seem this really can be done for any Game Boy game, and we're only really seeing releases like this over only the past 3 or 4 years. It's only a relatively recent thing that's starting to see more and more interest in the hacking scene. I have to imagine that in a few years, the majority of all great Game Boy games will have received such a DX treatment.
Reactions: emcintosh

The colorization for Mega Man III is still going but it's horrible because it's done with the GB Colorizer. See, even the Robot Masters' portraits aren't any accurate to the original, being done on their own when you can just take them from Mega Man III for the NES. 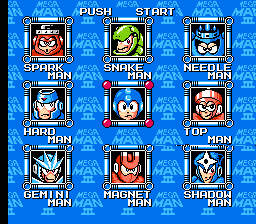 Spark Man, Snake Man, Shadow Man and Gemini Man are all here and ready to use, so are the palettes for the sprites. This technique should be also used on Mega Man I, II (along with several graphic fixes/improvements due to the game being BADLY DONE) and IV.

Also, why not add weapon icons to the HUD and pause menu to the other games, like it's been done on Mega Man V?
Last edited by SDA, May 28, 2022

Supergamerguy has already made one on ROMhacking.net, plus a list of WIP colorization hacks, Konami Collection autoboot patches and GBC/GBA Enhanced mode patches. It even includes things that aren't really needed.

EDIT: And it looks like even the guy on reddit realized about that. Good.
Last edited by SDA, May 25, 2022

To confirm I'm supporting the Mega Man V colorization hack, I've made this.

I've redone slightly the icon for Neptune's Salt Water weapon as the drop was a bit weird-looking.
Please, send this to marc_max so he can insert it into the game, and also update the icons for Rush Coil, Rush Jet and Tango to how they look in Mega Man Maker.

I am eagerly following the colorization project but I have seen some minor graphic mistakes that bother me. These are:
I'm begging you all, contact the author and ask him to address these issues in the hack, please. Please.

So what do ya think of this? 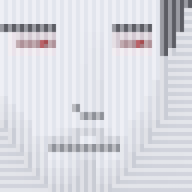 Article in Input Mag with an interview with toruzz. With a very important news, I quote: "he's been hired to officially colourize a game that will be commercially released soon". I'm really glad his work is recognised at this level, he's one of a kind (with marc_max's permission).

Colorization hacks for WonderSwan games. Would that be possible?