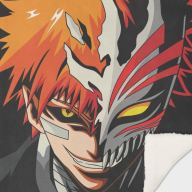 Muse seem to be stepping into the regions of dupstep. Not really into dubstep, but I'm interested in how this will turn out.
What I think is pretty sweet is the sounds seem to be made using mainly guitars instead of virtual instruments.
Also, looks like it could be a concept album this time round - well, hopefully

So what are your thoughts about the trailer?

They've lost their touch. Quite frankly, nearly everything after Origin of Symmetry is just an 'epic' sounding intro, then just devolving into the same 'Muse' sound, time after time after time. They've bored me lately, and this change is doing nothing to regain my interests. 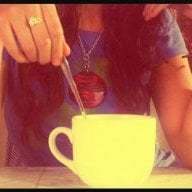 They died for me after Black holes and Revelations. Dubstep is just...bland.

I really love Muse, Origin of Symmetry, Absolution, and Black Holes and Revelations are some of my favorite albums. I thought The Resistance sounded really pretentious, like they were trying to hard to be "artsy" or act bigger than they are.

Ideally I thought that perhaps people here were just confusing dubstep with drum and bass since I thought Muse would never go over to dubstep but yeah, you guys are right.

This just sounds awful. Like I'm really fucking sad, if they went drum and bass I would've liked it but right now it just sounds like... crap.

Yeah most bands have done some this year, Killers have done one recently too.

Muse have been fairly bland for some time, I miss when they were interesting. Also I expected a troll face at the end with a "just kidding" message.

I'll give this album a chance. Oddly enough, my dad is more of a Muse fan than I am.

In before the hate.

Origin of Symmetry is the only album that stays on my iPod, though I dig the first few tracks from Showbiz and a few from Absolution.

Their new single which would be the official Olympic song. It's got the epic Muse-style arena chorus, and has nice orchestration which I enjoyed a whole lot in The Resistance, though I hate their whole Queen wannabe thing (not a very big fan of Queen, which doesn't help). But this isn't that bad in my books, it's nothing which Muse has done before, with the signature Muse arena chorus thing.

P.S. My comp blue-screened on me while listening to the song and I dread that there was going to be terrible dubstep in this song, I was rather pleased to have found out that it wasn't dubstep.

Yumi said:
They died for me after Black holes and Revelations. Dubstep is just...bland.
Click to expand...

Pretty much this. I don't mind experimentation in music, which is why I enjoy their music but The Resistance was just a complete fucking cheese fest with horribly tacky songs and mediocre musicianship. Matt needs to shut up and play his fucking guitar. Absolution and Origin of Symmetry are their better albums, Black Holes and Revelations was a bit corny but had decent arrangements. Can Muse seriously ditch the whole orchestra approach though, it's getting annoying.

I have no idea what of their songs, or even what albums, I liked, but I know I did have a bunch of Muse songs on my media playing device way back in the day.
Looks like another band that swiftly executed themselves trying to change into something they're not