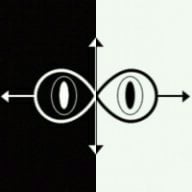 Hey, everyone! Wolvenreign here to once again fanboy over KoF in my sad little corner.

I recently came across an utterly fantastic MUGEN clone of my favorite King of Fighters game, King of Fighters 2002 UM. I know what you're thinking. "Wolvenreign, it's MUGEN, it can't possibly be any good or play anything like an SNK release!".

Well, guess again, because this engine is fine-tuned so perfectly as to be almost indistinguishable from the real thing. Plus, it has almost every character you can imagine balanced to 2002 UM's style.


My only real complaint would be a lack of Yang (Yun is playable) and that the AI has a bad habit of either turtling all the time (making them predictable) or just being entirely unstoppable (such as in the case of boss characters, Clark, Yuri, and that one Grandma character from Power Instinct whose name I don't recall).

For certain characters, such as Iori, Rei, Leona, and Akuma, you can hold Start while the match loads to play an alternate version of them. The game is just so polished and smooth that I would've never guessed it was Mugen had no one told me.

For additional enjoyment, use a 360 controller and Joy2Key to map Button 7 to the 360 pad's Back Button so you can have a functional pause (that also controls the dummy settings in practice mode).

If you want to kill overpowered AI, try deleting the custom AI files from the character's folders. The default MUGEN AI is sort of easy which is why most people make their own AI, but those tend to be killer as they, of course, know all the moves and techniques best.
Reactions: 431unknown and Wolvenreign

Thanks for the tip, Rydian!

To add a bit more detail to the "alternate characters" thing, whenever you select a character and there is some sort of shadow behind them during the loading screen, you can hold Start to select that shadow version. Ken, despite having Dragon Ken selectable on the character select screen, also has Violent Ken as his selectable "shadow".
Reactions: 431unknown

Your idea of a perfect King of Fighters game

King of Fighters XII Hits PS3 and 360 Worldwide in July

@ Veho: The exchange rate for Vehollars is two Bison dollars to one Vehollar. A moment ago
Chat 3