Gaming Most cost efficient way of playing GH2~4 and RB

This way you can save your money on:
RB mic and GH4 mic - headset works just fine except it's hard to tap when you're playing another instrument at the same time
RB guitar - not compatible with current GH games and presumably future GH games as well
GH4 guitar - if you already have two, then...

RB drum and GH4 drum do not seem to be compatible because of different number of drumheads (and cymbals =P).

While I do love rhythm games, I don't like the flood of peripherials.
I mean 2 beatmania controllers, 2 taiko drums, 4 guitars, 2 drums, 4 mics.... Come on.. Don't force people to buy bigger homes so that they can store all their rhythm game controllers..
What's the worst thing that can happen? Harmonix announcing Rock Band 2 with a new drum controller with 4 drumheads and 2 cymbals.

But thanks for the advice as well. I do enjoy a good guitar hero every now and then.
E

Yea that crap really is getting ridiculous. I had GH 3 for my Wii before I sold my Wii, and I liked it a lot, so when I sold my Wii I got a good deal from my friend on his 360 - He let me get his 360 and a few games (including Rockband with the Guitar, Drums, and Mic) all of it for just $300. So I basically got RB for free, and it is a fun game, but I'm probably done buying these kinds of games now. Except for the DS one coming out, I might get that if Homebrew is made for it. But my friend is gonna hook me up with a real guitar for just $20 and I'm going to learn how to play that instead of wasting my time with GH and RB. I mean they are fun games but if I would have spent as much time playing a real instrument as I have with those games... I dunno. But then again they are what made me want to get a real guitar in the first place.

I can play rhythm games fairly well (Beatmania Another, Taiko Oni, GH/RB Expert...) but I have no idea how to read the 5 lines and bean sprouts.
(like, I don't even remember what they're called =P haven taken music since graduating high school)

So it's purely for achievements and fun as in game fun not music fun. No I'm so confusing myself I should stop writing.
E

Yea I agree with you they are fun but when you say it's purely for achievements and fun, the same could be said for playing real guitar. But GH and RB are a lot different from other games, because they do give you the feeling that you are playing the real thing. But when you really can play the real thing, for around the same money it would cost you to buy the game, I don't see why people shouldn't give the real thing a try. Thats the cool thing about it, if you play the game and like it, you can say "Hey, it would be pretty cool to really learn how to play guitar." And then you could get a real guitar, because real guitars aren't that hard to get. But if you played like GTA IV or something and liked it and said "Man I wanna go steal a car and outrun the cops." You couldn't really do that, (well you could but it isn't a good idea) which is why we have those kinds of games, because we can't do stuff like that in real life. I dunno if that makes sense though lol maybe not a very good example.
J

You guys are lame for playing GTA, why don't you go out and buy a real gun and steal some real cars? Then you can drive around in a cool car, and pick up real hookers, instead of staying at home in your mom's basement playing video games.


If you couldn't tell, it was sarcasm. Basically all you asses saying "wah wah guitar hero/rockband/etc isn't a real musical instrument, go buy a real guitar/drums/etc" can STFU. We aren't playing it to learn an instrument, we're playing it because it's a fun video game.
E

Nobody said it wasn't a real instrument because it obviously isn't. Nobody said you had to buy the real thing. As I stated earlier it is fun, but what I'm saying is that if you wanted to buy a real guitar after having developing an interest for guitar by playing GH or RB, you could do that. You can't really say that for many other video games. 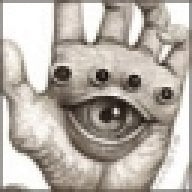 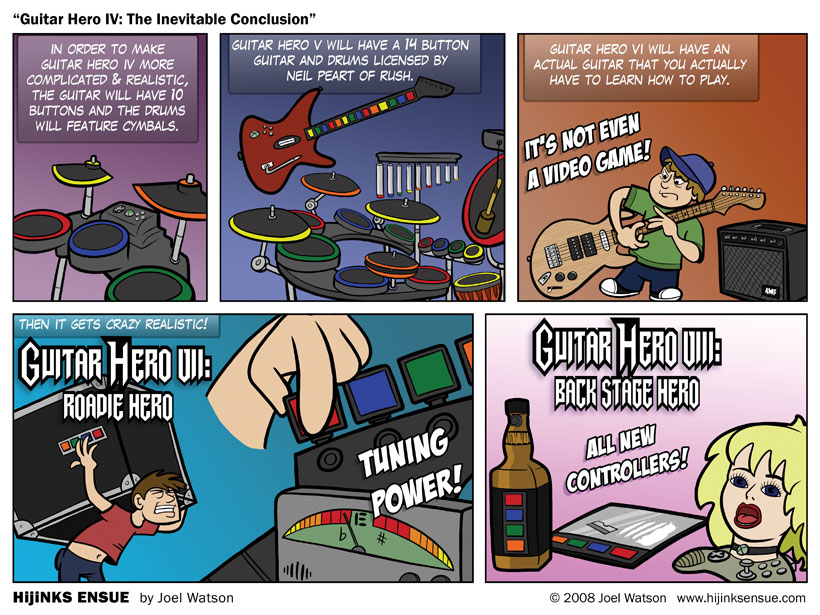 ^ Guitar Hero V looks like tons of fun, I hope they actually make that.