So idk what to make of this issue I have with MHRise and MHStories2. I need advice or suggestions.
My Switch is V1 with Atmosphere 1.1.1 and FW is 13.0.0 and mainly use sysnand.
I always install NSPs in this order: Game - then update - then DLC.
I install games with TInfoil. If issues happen, I then use Goldleaf or Awoo.
Once base game and update are installed, both Rise and Stories2 work perfectly.
Now onto the issue. After I install any or all DLCs for both games and load the games to play them, Rise crashes when it checks for downloaded content and Stores2 stays in an infinite black screen before it can even load my save.
Ive tried NSP files from 5 different sources and they all have the same results.
I even installed game + update + dlc from stealthshops, but they all give same issue.
Ive first tried installing via tinfoil, then goldleaf, then awoo. Same issue.
Ive checked if sigpatches were updated and they are.
I have over 30 games installed (game+update+dlc) and this is my first encounter with such issue.
I done searches for answers, I even searched for an official Atmosphere discord, but I guess it doesnt exist or its super secret.
I have no problem playing the games without DLCs, but before I was able to with no issues and its bothersome to have an issue with no clue of its solution.
Any suggestions and advice are deeply appreciated.
If more details are needed, feel free to ask. 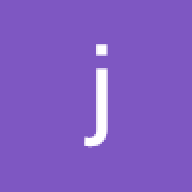 I am also experiencing this issue. I've also done the same step as you did (Install base -> update -> dlc) and the game crashed when checking for DLC Content.
But the game would run just fine if I don't install a single dlc.

I've also added a file into the Atmosphere>contents>0100B04011742000
I believe that this is the DLC Unlocker, but even so it's still to no avail. Not quite sure if I need to do something in order for the DLC to work.

Please let me know if there's a fix for this. Would really love to use the DLC

I'm gonna try downloading the update directly through Tinfoil instead.
It might work. I'll keep it posted

Tried installing DLC through Tinfoil but it failed, and I think it resets my 3.6gb updates, because it prompted me to update the game again 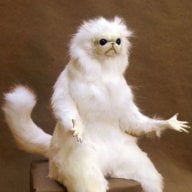 Hi guys/Girls,
I don't know how / where you dl your assets, but be careful on something important : not only the game can be updated, dlc's too, that's why you can find dlc files in {v0} or {v65536} in filename. I used to have your issue, it was because of it, if you update the game but not dlc if they've been updated too, it will cause crashes (btw, it can happen on any game).
The only way to know if your dlc is updated, is to use the tinfoil database.
Cheers and have a good new year eve.

Bigjordeh said:
Tried installing DLC through Tinfoil but it failed, and I think it resets my 3.6gb updates, because it prompted me to update the game again
Click to expand...

Try downloading from another source.

Z
Error While loading fss0 - Any advice would be great!!

Hacking How to fix a ticketless game? Or something like that