This hack is published as patches in BDF and UPS format for the original game.
You don't need to apply both, just choose the format that's more convenient
for you to use.
MD5 of the unpatched file: 982ed5d2b12a0377eb14bcdc4123744e

For UPS, there is a great browser app at https://www.romhacking.net/patch/.

This hack consists of the following additions and improvements:

- Shadow piece
A shadow piece indicates where the current piece would touch the bottom.

- Three previews
Two more preview pieces got squeezed next to the original one.

- Use SELECT to hold
You can stash one piece for later use using SELECT. This HOLD piece is drawn
in shadow-style so it doesn't distract from the preview.

- "Hard drop" and saving from my previous hack
Pressing UP drops the piece in an instant. And you get to keep your
highscore.

- Redesigned screen layout
An extensive redesign of the layout for Mode A, B and 2Player was necessary
to accommodate all new features.

- New demos
All these changes got the original demos out of sync, so I had to record new
ones.

- Award spin clears
If a locked piece clears one or more lines without being free to move up,
left or down, it's honored as a spin clear.
Spin clears earn four times as much points in Mode A and count twice the
number of lines for Mode B. In multiplayer, they always send four lines of
garbage to the opponent.

- Faster "delayed auto shift"
Gets you faster to the edges of the field when holding LEFT or RIGHT.

- Lock delay
A piece locks after 30 frames without movement. Moving it resets the delay,
but only up to 15 times. Pressing DOWN cancels the delay and locks
immediately.

- Extend the field by four invisible lines
Now there are four more off-screen lines extending the usual 18 lines on
screen.

- New game over condition
If the piece locks without being visible at all, it's game over.

- Adjust difficulty
Level 20 becomes more of a kill-screen as it is known from the NES version.

- Higher start location
A new piece spawns above the field and not at the top-most line.

- Fix two bugs in the original game
Pressing START right before finishing a Mode B game could lock up the game.
The second bug would repeated the first line after a clear.
Both issues are gone now.

In addition to hard drop, it includes all the other features of my previous
"Classic Harddrop" hack:

Please contact Ospin on romhacking.net if you notice any issues.

"Why not release it as IPS/BPS?"
I'm a bit paranoid about releasing copyrighted material. IPS etc. are fine if
you only do in-place changes or insertions. But as soon as you relocate
existing code or data, it will end up in the patch file. But this hack
relocates a lot of stuff in order to fit everything.
BDF is able to identify those relocations, so the patch will only include
meta-data to move the data and patch differences, but not the data itself.
Unfortunately, there aren't many implementations of BDF around and I got many
complaints about usability.
After looking more closely at other patch formats, I identified UPS as a
viable alternative. It's as naive as IPS and thus easily implemented. But it
only stores the difference of a given byte. The original intend is
reversibility, but it also has the advantage that the information stored in
the patch is useless without the original data.

"Tetris DX please?!"
Sorry, not enough nostalgia for that one.

Honestly "to combine the joyful nostalgia of playing classic GameBoy Tetris with the established comfort of modern gameplay mechanics" is exactly what I wanted. It's not even a mentioned feature on the romhacking page (tho is in that long readme I just quoted) that it also saves high scores, which is a big win. Have fun!
Reactions: Mazamin, lordelan, edgeworthy and 3 others

I am not sure I would want all those, says me that mostly plays Tetris DS or DS TGM homebrew for most of those features, but sounds like a nice hack for those that do. I am always wary of randomness changing, and bag random* I don't find that enjoyable vs true random, though I am now curious what the user sourced randomness plays as.

*for those unfamiliar random is random and thus you could get a run of things, bag places a bunch of things in a virtual bag and then draws it out meaning a more even distribution of things. You usually see it more in board game discussions where it is compared to dice.

This has had enough views to score me more XP, but very little interaction - I hope some of you have tried it out, it's well worth a go 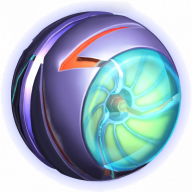 hello! just wanted to say thanks SO much for this hack!! i've been looking for something like this for a long time because i love the dynamicity of modern tetris but i also love playing tetris on my gameboy so this was a dream come true. congrats on your hard work!
Reactions: hippy dave

edgeworthy said:
hello! just wanted to say thanks SO much for this hack!! i've been looking for something like this for a long time because i love the dynamicity of modern tetris but i also love playing tetris on my gameboy so this was a dream come true. congrats on your hard work!
Click to expand...

It absolutely wasn't made by me, the creator is called Ospin, I was just sharing it and I'm happy you're enjoying it!
Reactions: edgeworthy

Honestly "to combine the joyful nostalgia of playing classic GameBoy Tetris with the established comfort of modern gameplay mechanics" is exactly what I wanted. It's not even a mentioned feature on the romhacking page (tho is in that long readme I just quoted) that it also saves high scores, which is a big win. Have fun!
Click to expand...

This is indeed the best Tetris handheld version ever imho with this hack. I just wish there was a colorization for this.
Reactions: hippy dave