Anyway nowadays with health regen by default, conveniently placed pickups (if not AI dictating pickups to make for it) and whatever else making a game usually more a series of encounters than a long campaign we don't see it as much. However it is still possible to go in without having gone to a shop to upgrade/replenish, not taking the suggested party and made things harder for you.

So years ago I was playing GTA 3. Even at the time (2001 saw GTA 3 drop so 2000 had seen MDK2, Soldier of Fortune, Perfect Dark, Deus Ex, Counterstrike retail and Hitman with 2001 seeing Tribes 2, Operation Flashpoint, Max Payne, James Bond Nightfire for PS2 at least, Aliens VS Predator 2 and later in the year the first Halo also dropped*) the weapons were not nice handling (today I can only imagine), however there was one that forewent autoaim and instead allowed a measure of traditional control. One mission (ended up in an ambush in an alleyway) I only had a couple of magazines for that and ultimately had to switch to the autoaim stuff, restarting the mission only still left me with little ammo.
Most of my memorable events in open world games are also basically this. Several from Far Cry, Watch_dogs, Just Cause, True Crime all having those.

*how many legend class just shooting game franchises/games is that in 2 years? People tell me we still get loads of games per year. If I include all the others (SSX, Pikmin, Dark Alliance, Silent Hill 2, Gothic, Crazy Taxi, Tony Hawk 3, technically Phoenix Wright on the GBA but that was Japan only, Advance Wars, Conker's Bad Fur Day, Paper Mario, Runescape, and that was just 2001 and missing loads too) then damn I guess I did not realise how good we had it. That is getting off topic though.

Final Fantasy 9. You go to a magic preventing place at one point with only two friends. I ditched the suggested party of fighters and instead went with two magic users because I was training them up at the time... what a slog that was but there is a reason I remember that all these years later.
More generally I will occasionally skip a shop or party member when doing some games like this and frequently end up in a fight for my life a bit later if the game expects me to have that gear. Phantasy Star 4 had this when I neglected to buy some armour (no money) for my magic/medic and enemies would or would nearly one shot them in what was otherwise a fairly pedestrian segment in the game.
I would say Final Fantasy 8 Ifrit (a story mission in the game sees your main party end up at death's door despite no real reason to be and you were just fine before, you then get an item that is at the time a hard but winnable boss battle if you are full health) but that was usually more poor game design than something you did.

Star Wars Dark Forces (the first entry in what would eventually become the Jedi Knight series). Standard capture and lose your gear mission later in the game. I thought my gear pickup was just a background sprite so missed it and had to do the level with the scraps I could find and loot.

Elite. Several times I had sold off a bunch of equipment that had made me really powerful in a bid to buy some other stuff and make some money. Got ambushed and barely made it out of there as I was used to having gear.

Resonance of Fate. I ditched grenades and medic case early on in favour of everybody dual wielding guns. Not necessarily a glass cannon team but when I went through a long dungeon I got poisoned and could not cure it, the fight to get out before it all went pear shaped (your characters get weaker too so you could not even do the super cool riding the line mechanic that underpins the fights once you get a few bars) was as tense as any boss battle or tough arena fight.

Recently I did also spend some time watching someone beat Tony Hawk 4 with zero stats, and while that is closer to a general challenge run I can also count such things here
Tony Hawk 4 was many things but challenging was not it, and if anything failed a mission for me it would usually be the physics or controls causing something iffy to happen. That run however looked like it would take planning and skills.

So yeah some of those sorts of things for you (gone in underlevelled/underequiped, having not gone to the ammo shop), challenge runs you might have done like the Tony Hawk 4 one above and similar things from games for you where it made it a lot more memorable.

Not very similar, but I'm thinking of hotline Miami. It's hectic as hell, but you can plan out the order of actions fairly good. And to a degree it's kind of needed if you don't want to go back to the restart (for the gazzilion'th time).
Still... The best rush (NOT the best way to play) is just going in guns blazing, slamming doors, shoot where you can and hope you don't end up with a 'pulp fiction' moment (1) or someone getting too close or on your backside.

(1): in that movie there's a scene when someone rushes in and empties a gun at the two assassins... And manages to miss all of the god knows how many shots. Since watching that, every time I get something like that (spamming and missing everything) is called a 'pulp fiction' moment.
Last edited by Taleweaver, May 30, 2020 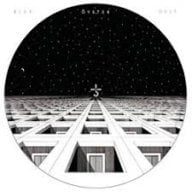 I would probably say the ending of every Metal Gear Solid game. I always felt like I was strapped into a roller coaster.

Obscure versions of games you own or played

Pick 5 games that are nobody's favourite game but you still enjoy.