QUOTE said:
If what we’re hearing out of Saratoga, California is true, Xbox 360 owners can expect to be playing motion sensing games, much like that of the Wii or PS3, by the end of next year. The details are still sketchy, but it appears a first-party add-on to existing controllers may be the delivery method of the technology. More after the jump:

Hardcore gamers have known for sometime that it’s not too difficult to add motion-sensing functionality to the 360. With homebrew add-ons being worked on for the last year or so like the Xilt mod , it seemed only a matter of time before MS decided to release their own peripheral.

It appears Microsoft has contracted the Saratoga, California firm, Gyration to handle the peripheral. If that name sounds familiar, it’s for good reason. Gyration is the company responsible for the prototype designs of the Nintendo Wii-mote, which we all know has become a huge success. Most recently, the company was in the spotlight for creating a motion-sensing remote for Microsoft’s Media Center.

While details are still a bit thin on when “exactly” we’ll see this technology, we’re still excited at the prospect of new interactivity with our Xbox 360 games. There's also no word on whether or not the new add-on will incorporate the motion-sensing technology that MS successfully patented last year.
Click to expand...

Oh great, another peripheral for the 360 that will barely get any supported games

Microsoft is finally joining the club. Now I wonder what Nintendo will do next to try and break away from the wii liitle lovers, Sony and Big M.

My thoughts: Not susprised at all. They are trying to make it seem that the Wii has nothing new and inferior graphics. With Microsoft joining the fad. But i think the Wii will survive through it. Soon the PS3 and the 360 will be induced with too much motion based shovelware that only the Wii will survive because it has learnt from its past and developed antibodies for the shovelware. And will be the only Next-gen surviver.

I'm not surprised, although I didn't expect it to be a peripheral. I've always felt that motion sensing technology should be incorporated into today's controllers, maybe not to the extent that Nintendo went, but Sony had the right idea (even if it was pulled off poorly). Lair may have been a poor game, but the idea of controlling the dragon's basic flight movement with the tilt of the controller was a good one, even if the developers couldn't do it properly. In my mind limited tilt/motion-sensing capabilities should and will be a part of controllers from this point onward.

I do however have one last thing to note: while I believe that that functionality should be standard, I also believe it should be optional. One of the biggest problems with the the Wiimote when it comes to perception isn't that it's new and different, it's that in most cases they force the functionality into games and force the gamer to play that way. Optional and logical motion sensing is the key. Don't add the functionality to games just to add the functionality, and give players the ability to switch between motion and regular controls. 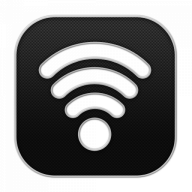 Will you guys just stop with all the 'copycats!' stuff? If it's a great idea, they should implement it. It's like Mac fanboys ("My Tiger has widgets, so I prefer it over XP" and later "Haha, Microsoft copied widgets and used them in Vista. Losers, I'm not going use Windows now"). You know what they say: A good designer copies ideas. A great designer steals them.

not really MaHe.. then copying > being original by your standards. Vista IS horrible, its a RAM eating whore thats the problem.

Anyway, this was expected M$ wouldnt want to stay behind in this new trend.
Although doing this won't help them, just like Ace said, the motion HAS to be implemented in the console to actually "work".
Also M$ already has its couple of addons, too many of them i belive.
B

If you don't like vista DON'T USE IT. geeze.
also..... i hope this turns out better than that stupid ps3 controler.
and hopefully we don't lose rumble

QUOTE(Hero-Link @ Dec 27 2007 said:
not really MaHe.. then copying > being original by your standards.
Click to expand...

In many cases that is true though. Many "new" innovative ideas aren't implemented to their full extent and it isn't until it has had its flaws exposed that someone else comes along and improves on it. Motion controls aren't anything new, but it hasn't really been until the Wii that a console has been able to take advantage of such technology and actually do it well.

In fact, very little of what is considered innovative these days in genuinely new, as almost everything is built off previous research/technology/ideas.

and other companies had motion sensing even before that.
D

QUOTE(Talaria @ Dec 27 2007 said:
:Now I wonder what Nintendo will do next to try and break away from the wii liitle lovers, Sony and Big M.
Click to expand...

Its amazing how the same companies who laughed at Nintendo for focusing so much on motion, now are hopping on the same bandwagon. I predict this shit will not catch on. Well it won't for me at least. 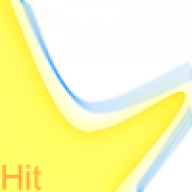 Actually a view months ago Msoft asked gamers if they should add motion sensing to the controller
The result was more didn't want it(Probably due to Msoft ripoff "you need to pay to play new games" so buy it prices like HD DVD player)
And now they are still doing in even though they didn want it
Weird, and also Msoft laughted at Nintendo for its Motion Sensing 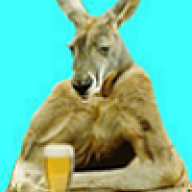 ...motion sensing controllers have been around for a while. Nintendo didn't come up with them (but thez pputz dem in home consolez! zomg?)

Hopefully microsoft implement motion control better than the Wii did

BTW: I'm pretty sure microsoft didn't laugh at Wii for the waggle controls. Microsoft can't laugh as it isn't a person it's a company.

What I want to see: Better accuracy for the pointer (similar to a light gun) (if there is a pointer)
: Really strong rumble so you get strong tactile feedback when you 'interact' with something in the game.

I don't remember Microsoft representatives ever mocking motion controllers or Nintendo and their Wii. In fact, if I remember correctly, from the very beginning they've been saying "Buy a 360 and a Wii". They may have even started the Wii60 trend.

QUOTE(bangbanger @ Dec 27 2007 said:
Microsoft is not really "copycatting" As they had a motion sensing controller back in 1998 called the "Sidewinder Freestyle Pro".Â So everyone is actually "copycatting" them.
Click to expand...

Yep, I had one of these. The idea was good, but it was nearly unusable even as a regular gamepad.

Why hasn't Microsoft embraced gyro in their controllers yet

Xbox one security: a talk from Tony Chen (development lead at M$)

Nintendo Switch Today at 1:12 AM
Morricorne