Microsoft: Being cheaper than your mom is never a bad thing.

MSFT CEO Steve Ballmer acknowledges that lowest-priced hooker is not always the most successful, but believes consumers will gravitate toward X-Bone value proposition with added features.

In an exclusive nonexistent interview, Ballmer explained the circumstances that lead to this new stance.

Ballmer said:
I was personally dragging the customer complaint forms through the mud one day (we do this so we don't have to read actual complaints, just look at pretty mud splatters) when it hit me that there were certainly a lot of complaints that week. As I usually do, I looked around myself to find inspiration from my surroundings, and I noticed the worms in the mud. That's when it hit me: Worms have both sex organs, which is more than what normal animals have. I still haven't read any of the complaint forms, but if users are complaining it usually means the console doesn't come with enough accessories.
Click to expand...

Ballmer then went on to describe how he applied this new mindset to the system.

Ballmer said:
I was sitting in the idea room at headquarters, and I just finished Xboning to Miley's performance at the VMAs when I noticed how the crowd was reacting. They seemed disgusted, and if I know anything about customers it's that the way they feel is the opposite of the way they react. It was then that I realized they were happy inside because "sex sells"! I feel that bringing this well-known concept to consoles will be a first, and put Microsoft on the map once more.
Click to expand...

Now that his new mindset and goal had been laid out, Ballmer describes how he went to work on the last-minute redesign.

Ballmer said:
As the head figure of Microsoft, it's my duty to make sure that all the production is underway in the best interests of those that benefit and buzzwords are chopped daily. So I walked into the R&D department, said "Fuck you I'm Ballmer get out of my way" and then proceeded to write up some details on the whiteboard for the changes that needed to happen to the current XBOX One design. We needed to focus on mixing pleasure, adding more, and focusing on services.
Click to expand...

I asked Ballmer how he intended to handle services after the fiasco that was the original plan, and he was quite authoritative in his response.

Ballmer said:
Hookers are a service, and people use hookers. The XBOX One needs to reflect that if we want to react a young audience. People don't buy hookers because they don't use them all the time, they only pay for when they do use them. Reflecting this, gamers aren't on their systems 24/7. Not even the total losers are, so if they only have to pay for what they use, that sounds sexier and people will like it more.
Click to expand...

Much to the chagrin of those involved in the interview, Ballmer made us stare at the concept art for a good 15 minutes, only telling us that we're allowed to stop looking at it if we include it in the article, for marketing purposes.


MS wants to sell more and tits are the way to go if they wish to achieve their goals.

Ballmer said:
Also, we really need to stop thinking in terms of "AAA" development. No, the direction of the future is "DD" gaming, preferably a 36 or above.
Click to expand...


If you're into the niche market, buy a WiinerU! 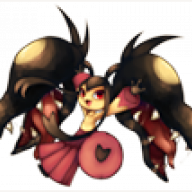 there are boobs on that game controller. 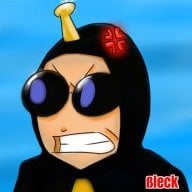 mucus said:
there are boobs on that game controller.
Click to expand...


It's called a boob controller you dumb fuck.
Reactions: Luigi2012SM64DS 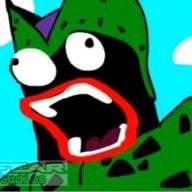 NOT a New Member

ßleck said:
It's called a boob controller you dumb fuck.
Click to expand...


Rubberrobo gang, you so crazy. Speaking about Rubber....your relatives are blocking the disc drive. GTFO. I want to insert my Leisure Suit Larry disc!!!!! The controller is actually part of the bundle, and you are disrupting me and my precious.....

mucus said:
there are boobs on that game controller.
Click to expand...


There aren't any boobs on your mom.
T

@ katebeyond: Monster Hunter Stories 2 Save Does anyone have a 100% complete storyline save... 2 minutes ago
Chat 1