Back in 2017 when people began to crack open the Switch, one of the first players in the game was Team Xecuter with their product SXOS. It immediately divided the small community in two. Some would sing their praises for their ease of use and their speed in delivering a CFW. Others damned them for their focus on piracy, their closed source nature, and the paywall required for entry. I will never defend Team Xecuter for their marketing or business strategy, however I initially chose them because they provided what I considered the better product. When I bought my first switch, I was initially bullied out of using SXOS, because no one would provide me with help when I was having trouble with homebrew. My issues were never related to the CFW I was using, but I was always denied help because I was using the “dirty” CFW that everyone seemed to be holier than. Later my Switch bit the dust, so I decided to forego the use of CFW at all and buy a V2 unit. The summer I did this, Team Xecuter released their SX Core and SX Lite modchips. Now by this time, most of the nasty CFW wars had died down to a low roar, but this reinvigorated many battles. Fact of the matter was still that if you had a patched switch, you had to purchase a modchip. Many people decided they could hold out for an open source chip that was “more legal”, but no one knew if or when that would happen. The greater atmosphere community showed little interest in developing such a product, so I placed a preorder.

As soon as I did, all of the nastiest sides of the community reared their head again. I was excited to get to try all of the new homebrew I had missed. Overclocking, N64 and DS emulation, and game streaming were very exciting to me. I had issues getting all of these working initially. The first thing I tried was overclocking where I was met with cries of “it just isn’t possible”, from many people including the developer of the homebrew until some saint told me that there was a slight difference in folder structure between CFWs. Requesting help for N64 emulation resulted in an instant ban from the RetroNX discord from M4XW himself, and when I was trying to setup moonlight, I got the equivalent of virtual shoulder shrugs.

Each of these homebrew worked flawlessly using SXOS, but I was constantly denied help because I had a V2 switch. For some reason people wouldn’t have anything to do with me. I felt like a Nintendo leper when all I wanted to do was play my video games with the rest of you.

Now SXOS is no more. I switched to Atmosphere again after being frustrated at a lack of help, and it has been largely useful even if a little less intuitive. Now that my switch is updated past anything that SXOS will ever support, I am with atmosphere for life. I have mostly ignored mentioning that I am still using an SXcore modchip to other people until today.

I was seeking help in Discord trying to update my firmware. I saw another user ask if it was at all possible to hack a patched Switch. They were told it was impossible. This is something I often see. People sooner ignore and lie about the entire existence of SX Core in favor of leaving it out of conversation. I offhandedly mentioned modchips as a possibility even if they are difficult to find. Admittedly, I did not check the rules before posting this as I didn’t expect it to derail, nor did I feel as if I was advertising, but derail the conversation did. Long story short, I confessed to using SX core with atmosphere in a bout of frustration which resulted in an instant kick from any help channels. I will not try to plea innocence in the situation. I did break the rules, but I feel it is time for the rules to change.

The words “SX Core” no longer equate to piracy. Yes that is what the product is marketed as, but it is also the only option for people with patched switches to use CFW without dropping another $300 on a separate switch. Most people in this community are adults with full time jobs and can afford to spend the extra money, but some of us are in high school or college and have big expenses associated with that. Personally, I have to buy a car and just don’t have the funds for another Switch. After being removed from two discord servers and being denied tons of help, I think it is time that we, as a community, slightly adjust our taboo. I am not supporting piracy. I don’t think there is an issue with disallowing the talk and support of piracy in any online forum, but it is completely arbitrary to disallow the use of a tool when no alternative has been made available. I think it is time to start lending advice and support to people who have been running SXOS, or at the very least give them the information to transition to atmosphere and if they have to do so using an Xecuter modchip, don’t deny them support because of it. All the current behavior does is hurt the community. It causes division and needless fighting, it turns community members away, and it paints users of any CFW in a bad light to those from the outside looking in.

Do I expect this rant to actually do anything? No. I fully expect this to be turned against me or ignored, but I would like to put my voice out there anyway.
Reactions: bad_realbad, fg144, Cylent1 and 2 others

Wall of Text, most won't read.

TBH. Most SX users 'shun' themselves.
They act just like the R4 folks back in the DS days:
Conceited, arrogant and full of themselves.

If you want respect, demonstrate it yourself first, SX guys/gals/0.5.

Either how.
If you have SX core, atmo is still the most future proof way to handle things as of yet.
TinWoo even allows for installation from externalHDD's via OTG adapter...

PS:
The SX Core is a rarity now, also.
Ninty did a thorough job this time around...
Last edited by notrea11y, Apr 26, 2021
Reactions: bad361, LeyendaV and Nerdtendo

TBH. Most SX users 'shun' themselves.
They act just like the R4 folks back in the DS days:
Conceited, arrogant and full of themselves.

If you want respect, demonstrate it yourself first, SX guys/gals/0.5.

Either how.
If you have SX core, atmo is still the most future proof way to handle things as of yet.
TinWoo even allows for installation from externalHDD's via OTG adapter...

PS:
The SX Core is a rarity now, also.
Ninty did a thorough job this time around...
Click to expand...

Having dipped my toes on either side of the fence, it can also be assumed that the atmosphere users are the arrogant ones. I won't say either party is more conceited than the other, but it is an interesting little anomally. I wasn't around during the R4 days, so I'm not really able to attest to that. Thanks for the insight though.
Reactions: Inaki

Yes, as the previous poster details, the issue is not as clear cut as you make it seem to be. For every "toxic" Atmosphere user, I see an equally "toxic" TX user. This applies to everyone but anyone who thinks that there are only 2 sides to the Switch scene, which are either Atmosphere or SX OS, do not realize that there are plenty of people who do not personally attach themselves to a CFW. Each side has to be called out for not being a part of the greater community. Atmosphere users have to admit that SX OS offers some features and solutions not found in their own circle while SX OS users have to realize that SX OS is not the king of the Switch scene. Both CFW have their own merits although the recent situation with TX may be the end of their CFW.
T

It's a disdain for Team-Xecuter if anything. I assume a lot of people just aren't familiar enough with SX chips to help, since they're typically associated with SX OS. Could also be because you paid TX for the chip and license, but have to rely on the community to provide support for their product.
Reactions: Nerdtendo

notrea11y said:
TBH. Most SX users 'shun' themselves.
They act just like the R4 folks back in the DS days:
Conceited, arrogant and full of themselves.

If you want respect, demonstrate it yourself first, SX guys/gals/0.5.
Click to expand...

This is a perfect summary of the whole situation.
Reactions: Nerdtendo

Like with most things these days you have to learn to ignore the ridiculous tribalism. The 3DS scene was no different with people bickering about which CFW they thought you should be using, there was a time when the answer to asking for help with [insert any CFW or flash cart] was to use LUMA3DS instead. It's kinda shocking how closed-minded people can be in the modding community.
Reactions: Nerdtendo 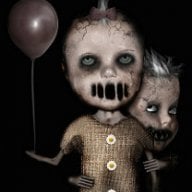 Location
The most communist country in the world!

FUCK Atmosphere! and everybody that uses it that shuns the rest!
ONLY possible way to run Atmos on a v2 switch is because SXOS!

They are just very salty over the fact that they cannot compete, and it wouldn't surprise me none if some people on that side and including even from this very site has reported TX to Nintendo!

This is where we are at today...
Atmos user are equivalent to America's Left! Cancel Culture is embedded in their souls! Hatred is what they thrive on.

I know a few people on GBAtemp that like to input their 2 hatred cents every time a sxos thread comes up.
I don't ever remember SXOS user doing that, BUT IT NEEDS TO START NOW! It's time to start shunning and ridiculing them on a constant basis just like they do to SXOS users!
And if you don't agree with that, than you are part of the problem and can FUCK THE FUCK OFF!!!!

R
Hacking Can you people help me with SX OS BOOT?