Hello guys,
This is my first post on this great forum I've been enjoying my hacked 3ds for over 3 weeks now, playing ocarina of time and majora's mask from my SD card, today I decided to experiment by installing custom themes which also worked on Anemone, I was messing with it and found the shuffle theme function and thought hey thats cool, that the console can switch between themes everytime I boot, selected 4 of them and shuffled installed them, they didn't change on startup (yes very stupid problem and shouldn't have bothered with it) and found a "solution" on the web that said that in order for that feature on Anemone to work properly you must delete the 000002cd folder on the 3DS folder so the console rebuilds it again as per follows:
, so I went and deleted it (stupid mistake) should have copied it and have it as backup in case things went south which they did, after starting my console again, all my installed games and apps were gone from the menu and now I don't know what to do, I found about the rebuild and dump CIA function from GM9 but when I go to the title folder none of my games appear, I'm really frustrated as I have done huge advances of my games and now they seem gone, strangely I have almost 16GB of used space on my SD card which was about what I had on installed games, is there any way I can recover my games and saves?

Thank you very much for all your help.
Ric.
J

Just go to your computer,, go to your trash folder (there should be one) and restore the file. 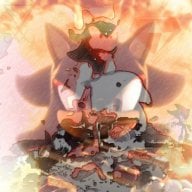 If your games are deleted, there are deleted. But if you find some files looking like the one which you deleted and it has "(something).app* (game or app file) and another file, it's that you almost have the game in your 3ds you should reconize it with how many storage the .app file tooks. Tell me what's happening and i'll tell you what to do.

L
I need help, I accidentally deleted the "Nintendo 3ds" folder on my 2ds while trying to homebrew it. Any solutions?