Mario Kart DS is more than 16 years old--the game itself is old enough to drive, now. In the years since the game's release, fans have eagerly been learning and following the storied scene of Mario Kart romhacks. It led to the release of projects that you might have seen on the forum before, such as @PabloMK7's CTGP-7 and @szymbar15's Mario Kart Zero. Now, a team of dozens of dedicated programmers, designers, and debuggers have banded together to release a brand new Mario Kart project.

CTGP Nitro is a Mario Kart DS romhack that adds a massive amount of new courses, 88 total, 56 custom, ranging from adaptations of Wii and Wii U-era Mario Kart stages, to unique tracks like Goomba Lake, Toad Oasis, and more. There's also alternate character skins for existing characters, letting you play as King Koopa, 16-bit Mario, and the original Donkey Kong. You can play the romhack on your own, or experience it with friends through online play with Wimmfi. A trailer showcasing the project is available to watch, if you're curious, but if you're already sold on the idea, then you can grab the v1.0.0 release in Delta patch form over at the official website for the CTGP Nitro project.

The long-anticipated full release of CTGP Nitro is finally out!​

Is it possible to play via VC Inject on WiiU?

Does it remove the broken snake mechanic?

just tested it out. I like what I see, but just in case Nintendo thinks it's going to delete this mod from existence, I'll have it for posterity.

Purple_Shyguy said:
Does it remove the broken snake mechanic?
Click to expand...

not that I know of. I read that it still exists. snaking is what makes online no fun on really any Mario Kart game. 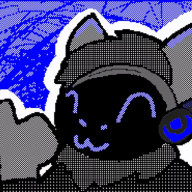 Location
In your walls

I've noticed the speedometer freaks out when you reach 1000 on it. 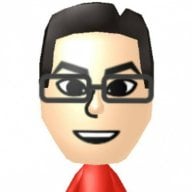 Hello. I'm trying without success to make a wup installer of CTGP NITRO. Did anyone get it? The best result I had was to load the game to the menu and black screen when clicking on single player...

I have finished every track in GP mode and I'm impressed with this, wonderful job with the new tracks. This would have been a blast back in the day, very professional package.

Can't say the same for the new characters, I like 2D Mario, but the rest are a bit boring, still, very well done.

Wolfy said:
Dang this looks cool, too bad I probably won't be able to get any of my friends to be interested in playing this

We can try it together!

@ NoobletCheese: A moment ago
Chat 4