Chief Editor
GBAtemp Patron
Sep 3, 2020 at 2:09 PM
38,156 386 74
After months of speculation, Mario 3D All Stars has been announced. To celebrate the series’ 35th anniversary, Nintendo has revealed a slew of new events and games. Mario 64, Sunshine, Galaxy, and 3D World are coming to the Nintendo Switch. In addition Super Mario Bros. 35 was announced, which is a 35-player online game set in the original Super Mario Bros world.

The game will launch on September 18th. It will be sold physically in limited form, and on digital until March 2021, after which it’ll be pulled from sale.
Reactions: Disco, Mama Looigi, Hugojuggernot and 71 others
Click to expand...

banjo2 said:
Seems like a fair price, if this site is accurate

It depends on your point of reference. For example, look at the crash/spyro trilogies. Those were priced at $40 dollars and contained 3 games remade from the ground up. By that comparison, these are overpriced. If you're comparing by prices of these games on the second hand market, it makes a little more sense. That is until you consider the prices of previous rereleases of these games. 64 cost $10, and galaxy cost $20 on the Wii U eshop. Sunshine wasn't on the eshop, but lets just say it falls in-beteween at $15. That's still only $45 and even if you decide to be generous and value sunshine at $20, it is only $50 compared to $60.

I'm not saying either opinion is right or wrong. At the end of the day it is just that, an opinion. However, I don't think it's worth arguing because both sides are valid.
Reactions: banjo2
M

Got a look at the game / soundtrack selection screen.
Not a huge fan of it tbh, kind of boring. Reminds me a bit of the S/NES Classic menu.

Got it from https://www.youtube.com/watch?v=NV0SOT9dYrw.
Be warned, it's Nintendo Minute, so it's cringe.

Click bait video or is there some truth to it?

I want the freaking gsme

Not sure where to put this since there are multiple threads, but I thought I'd post these here (keep in mind this is from the leaked copies)
They've updated graffiti portals to not be a compressed mess, which really bothered me in the original:

Also, the gray cubes in secret levels normally unseen by normal hardware but visible in Dolphin, are visible in this version. It makes me wonder if that's an oversight or it was meant to be that way. 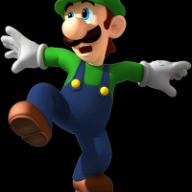 @banjo2 this would have been awesome at launch but it's Nintendo. It took a bit to adjust to sunshine
Reactions: MeAndHax and SaulFabre

@ The Real Jdbye: and if you have diarrhea it's easier to use the shower anyway 5 minutes ago
Chat 1