After frenziedly satisfying himself in front of firefighters and onlookers at 4:30 a.m. Saturday, the lurker crawled on his hands and knees, with his tongue out, and gazed at flames that tore through the three-story Collegiate Gothic building at 1411 E. Jefferson. By the time police arrived, the bearded stranger had disappeared in the brush.

Video of the disturbing scene was posted on YouTube briefly Thursday before moderators removed it. Is it wrong I immediately thought of Rydian when I read the title?
Reactions: DiabloStorm, GameWinner, Deleted_171835 and 4 others

What in oblivion is that! 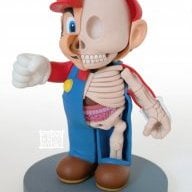 I APOLOGIZE FOR NOTHING!