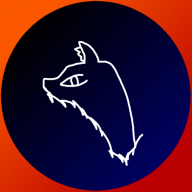 I'm Making a Theme Pack!
Soon I'll be adding a Splash Screen, And actual Theme(both to be loaded in with Anemone when it's done)
Might make Themed Badges(Like for sorting Folders, for Games, Homebrew, Etc.)

For now I'll be focusing on Icons!
Instructions on how to install at the Bottom of the Page!!
Tools Used:
7zip, for zipping the files into Archives for ez download
SMDH Creator, to create the SMDH Files for adding Icons as homebrew Icons
Firealpaca, my Main Drawing App

THIS IS A WORK IN PROGRESS, IF YOU WOULD LIKE TO USE A ALREADY MADE ICON PACK LOOK AT THE BOTTOM OF THE PAGE

if it's bold then it's done!
List:
Official Nintendo Apps: Nintendo's own work, not doing these for each game unless someone pays me to do them All, and provides a list, and a set of reference icons for each of them, this is a joke and is to be taken lightly, though I might do some select titles, if there's some I forgot Let me Know1
Nintendo 3DS Camera
Mii Maker
Nintendo 3DS Sound
Settings
DL Play
E-Shop
Wealth & Safety Information
Activity Log
Face Raiders
AR Games
Nintendo Zone(Despite it being dead I still wanna do it)

As I get done with them Over Time I'll individually Upload them to a Google Drive, so you can use these with GYTB or something, idk I heard someone request it on someone else's Theme pack and got the idea to do this from the comments
You NEED to use Custom Badges as shortcuts for Nintendo's Official Apps/Home Menu Icons
Download the Individual File(s) you need HERE!

Also check out This Icon Pack! if I wasn't looking at this I'd never Have the Idea soo... yeah, check 'em out!
Made by @Louch 雪 Diashiteru
https://gbatemp.net/threads/icon-pack-modern-ui.404366/

And also This Icon Pack Too! Kinda lead me to the one above as well made by @link6155
https://gbatemp.net/threads/icon-pack-simplok-for-the-homebrew-launcher.396750/#post-5655658

These are Both Great Icon Packs!(Probably much better than mine by I'mma still work on this! >:3)

Here are the installation Instructions by @link6155, found on @Louch 雪 Daishiteru's Icon Pack(linked above, seriously check it out):
https://gbatemp.net/goto/post?id=5655658

Instructions to install "icons" for the things on the Main Home Screen, explained somewhere in there(I'll probably link the proper message(s) later when I got more time)
https://gbatemp.net/threads/release-gytb-custom-badges-made-really-really-simple.404355/

and Here's some other 3DS Homebrew Related Websites as well! Why? probably because I'm Bored n' All That, plus I feel like It's a nice thing to do to lead some people to resources so they know what they need to do if they wanna use this Icon Pack! (also I'll post some sorta guide and set of apps by me later in time).
3dBrew, One of a Few Places to look to find Various Homebrew Apps, Helpful if you're Starting Off and Don't know where to look for some Apps
3DS Hacks Guide, Basically, at least in mine and few others opinion, the BEST Place to look for Methods of Installing CFW(Custom FirmWare) in various Different Methods, Updated pretty Quickly when new updates roll out/Exploits are found, I think
Theme Plaza, The Place for 3DS Themes and Splashes, installable with Anemone(It's as simple as running Anemone and Scanning a QR Code! I suggest installing Anemone because that's how you'll manage the Themes/Splashes/Badges)
GameBrew, Pretty much the same as 3dBrew, but has some that 3dBrew Doesn't