cant see any of the photo's well. How about some LIGHT
G

Does it have touch screen support?

that's one shabby review, I think the m3 lite should work very similarly to the past m3's though....unless the m3 team felt pressured to rush this one and develop some faults through out, but they usually have great products in general (m3s and g6s). I'm sure with the mass distribution a full review with real compatibility/speed testings will be out soon.
L

does the kingston MicroSD not work well? Damn...thats the cheapest I can currently find

I guess its £4 more for the Sandisk 1GB. I hope selling my M3 CF covers this. 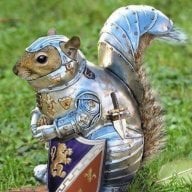 hang fire on that conclusion

read this from here

Ultimate Spiderman
- works fine as far as i can see

Animal Crossing: Wild World (In and out of doors with +pad)
- bit of slowdown at the menu i think but dpad controls are smooth enough

Tony Hawk: Playground (Music/Sounds (speech during intro) and slowdowns)
- havn't tried this one yet, don't like the game but i'll doa test soon

Castlevania (Intro)
- no slowdowns for the intro with my kingston 1GB microsd but almost unwatchable with my sandisk, when playing intro on my sandisk its as if i'm watching a slideshow of pics

Metroid Prime: Hunters (MP with 4 players shooting)
- havn't had the chance to do this one either

I've used it with both a 1gb sandisk brought from bambogaming and a 1gb kingston from hk, right now the kingston seems like a better choice since there is little to no slowdowns.
Click to expand...


his castlevania comments are somewhat worrying. I've just received my Sandisk 1gb Ultra II in the post this morning, and yet to decide on the SC or M3Lite versions....but going by this worrying comment about both castlevania and Animal crossing, first impressions are that the SC may be the better option for now. At least until get some proper comparative judgement against the SC and M3, and results with ultra and normal speed cards
R

His Sandisk is a regular one, yours is an Ultra II, I believe you will see better performance, it would be interesting to see a comparison between the regular Sandisk and the Ultra II

yes it definately would.


the worrying thing is that on the SC Lite the regular sandisk performed nearly perfect based with a 9/10 based on the well detailed FifthE1ement review of the SC Lite and the ultra II a 10/10.....which makes it worrying if the SCLite can use the regular card with only a minor speedloss, compared to "the slideshow" of castlevania.

well...thats good! Looks like I can get a kingston then 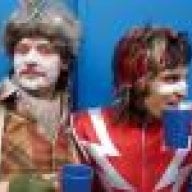 How nasty are the reviewers nails

wow.. i'm gettin a lil worried now =P
well, i have a normal 1gb sandisk microsd so i'll be able to give a second opinion once it's arrived and hopefully confirm things....

is sandisk the only maker with 1gb cards though? i know kingston only makes up to 512mb atm yeh?

but yeh, first thing i do will be is to try out castlevania and ff3 intros once i get it... =)
L

my lite arrived today, but I'm still without a MicroSD card, so I can't review it properly yet 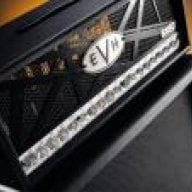 Anyone know what theme this is?

QUOTE(agrikki @ Sep 5 2006 said:
only thing i find surprising about that review is that he actually got his M3lite from divineo
Click to expand...

i got mine from divineo.cn too, ordered on august 27th and received today (i m from France)
N

was the m3 lite from divineo.cn, the english version?

also do they accept paypal???
K

QUOTE(nightwalker @ Sep 6 2006 said:
was the m3 lite from divineo.cn, the english version?

Not sure abt paypal.
R

people's beef against divineo is regarding their other country based sites which get shipments (small amounts of it) a week or more later..

Nintendo DS Sunday at 5:18 AM
LiamBrie