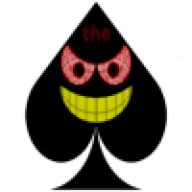 G6/M3 Team continues to work dilligently towards providing their customers with frequent updates. Now, THESE guys and gals could certainly use a vacation of their very own. This update adds stronger 1xDMA support all-around as well as fixes for later releases for 4xDMA as well as Soft Reset support.

Grab the entire M3 English Package at M3's Download Page or just the Game Manager Installer from us here at GBATemp.

Also, I would like to take this opportunity to remind all of my fellow M3 owners that you should always look towards the M3 Wiki for all the latest news on ROM Write settings.

I swear if Supercard was sending out all these little micro-updates like this you'd complain they couldn't get it right the first time. But M3's doing it, so theyre "diligent." Anyway since SC team did go a little long between updates this time I can't blame M3/G6 for trying to capitalize on it and release these frequent mini-updates. Business is business.
R

Quit the e-drama and go enjoy your own flashcart..

Actually, I stood in defense of Supercard's lack of updates. At least I kept the whole fiasco in good humor. The little poke within the post was not intended as an insult in any fashion towards ROMMAN. Personally, I think he does owe all Supercard owners the privledge of seeing his vacation photos.
D

It's better for this site if you would post news and discard the opinions. A little something about journalism I stole from another website ....

"While many people believe that the media are inherently biased, those of us who've gotten degrees in journalism have had it drilled into our skulls that bias is A Bad ThingTM.

Hard-nosed, old-school newspaper reporters are particularly touchy about bias: in their world, good reporters should be neutral, non-participatory observers. A good reporter must be objective above all else. If you're a reporter, you aren't allowed to have an opinion or to take a side on a debate or issue ... unless you're writing for the Op/Ed page or the Sports page (sports writers are freely allowed to root for the home team, of course)."

Stick to the facts, M3/G6 team makes a lot of money off their business. Deserved or not, no reason to impose your personal feelings towards them in this news post. Unless this is the gbatemp Op/Ed or sports page. Just my opinion ... ignore it if you want.

Yes I agree, this kiddy flashcart war needs to stop. Anyone that's used all these flashcarts will know there are pros/cons. There is no perfect solution out there.

All reminds me of the PS2 vs Xbox vs Gamecube war.

Nice a new manager, thanks.

Seriously, a few of you are taking this way out of proportion in numerous threads. Instead of focusing upon this harmless joke, you should instead be discussing the news event itself: The Game Manager, its changes, any indications of bugs or lacking areas. Mind you, the complaints were ignorant of the fact that once again, I defended Supercard concerning the lack of updates during ROMMAN's vacation, even though I am a G6/M3 fan personally.

As for the journalism quip, I am well aware of it. However, I am unaware of any real guidelines thereof here at GBATemp ruling out making a subtle, harmless joke. I hear enough humor within news watching CNN's The Situation Room during the Cafferty File segment along with other news and political shows, which is about half of what I view on television. Let me reiterate. It was a minor joke. Laugh or don't.

Enough with taking news posts off-topic, kids. If you have any genuine grievances towards anything I or any other staff member says during any representation of GBATemp, then please, message Shaun or Costello (they are whom I answer to). Though, if the comments I have read in my short time of being a staff member are any indication, then you're better off writing Kraft about making Macaroni & Cheese even cheesier. You might actually get somewhere with that.

please m3, take a vacation. im sure the next 20 releases will work without an update anyways. LOL

m3 puts out more updates than supercard. i can easily say this is fact, and not my opinion.

even if they are mini updates, i would rather have mini updates that fix the current games, than one big update that fixes the latest 10 releases.

i bought my m3 knowing that they were going to provide the best support and updates,and for this i am thankful.
C

I just look that in Chinese M3 Forum.
S

no need, just useless extra overhead to slow down the menu even more.
C

about build-in moonshell update
a. could read html,asp,aspx,mht
b. more ebook look style
c. could read bigger size of txt

is it any wonder why ROMMAN decided to give maxconsole the exclusive about the rumble series when news items like this appear. There was absolutly no need for the dig in the news item, keep going like this and the site will turn into ps2nfo

guess I get to do it again
K

and lock L&R when watchÂ ebook,picture,movie..
Click to expand...

Sounds excellent, can't wait for it. The built-in M3 text reader can support large text files, but the built-in Moonshell for some reason would refuse to read my very large book (the txt file was a massive 3 megabytes). To be fair though, DS Organize had some serious trouble reading the file as well. Having built-in html support is also nice. Now, if only they could fix the text-wrapping issues so that it would be the best book reader for the DS out so far....

Also, TheSpade : I thought that your joke was hilarious

. Of course, I've also seen and remember your support of the SuperCard team when just about everybody was complaining. Seriously people, he is NOT the fanb0i you keep calling him, check out his excellent rant here.
Y

supercard is gay, M3 updates give me a boner
Y

TheSpade - I've been front page news poster elsewhere and even though in the job description I was TOLD to "put my own spin on it" people still faulted me for it.

Geez, people. If you read the original post, there was nothing negative towards Supercard. He's saying the M3 gives consistent updates, they're working hard, and they probably deserve a vacation. He didn't say "they're working hard... unlike those other flash card companies."

Oh.. and from a journalist perspective, this was an excellent post. It was simple, to the point, but had a lot of information, especially for those who aren't familiar with all the M3 resources.