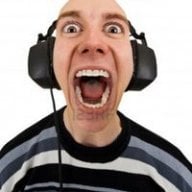 Yes, it's a PAL Wii, forgot to add that, and as I recall it was v4.3. Didn't know it was a Korean one, that's weird (although, as I said, my brother bought it second-hand, or third-hand, who knows).

As for the lack of chip being the cause of drive problems, that's 100%, because this same thing happened once before while the chip was still glued on the case. The cable came off and the error started showing up, my brother called me up to see if I could help, and once I reconnected the cable to the chip, Wii started working right as rain again, both the cd drive and USB backups. Of course the chip is gone now, so that's that.

I'll run the syscheck as soon as I can and report back... I'll try to do it this evening if I grab some free time, but otherwise might be a couple of days though, due to some business trip that came up...when I come back I'll immediately send the results.

Thanks for the help so far though, this is truly a friendly community. Cheers!

I ended up plugging in the disassembled Wii und running a syscheck, yay.

Could not detect the drive date!
Homebrew Channel 1.1.2 running on IOS58

Baba44713 said:
I ended up plugging in the disassembled Wii und running a syscheck, yay.

sorry seeing the syscheck i'm certain the dipswitches are in the wrong position on your foto.
it needed to be set at least the last two both to off, it looks to be opposing what it should be.
wich is wierd, bet in opposed position it would stan in D2C2 PAL wich is at least region lock correct.
the first 2 switches have something to do witch the DVD-drive.
i now know why i never even tried a mod-chip on a wii, man how complicated while almost from the beginning there was a softmod.
softmod worked on almost all models for most games not having to go into details of hw.
only advantage i can see is SSD installation inside a wii over HDD external and being able to copied discs on a later model, where softmod just said go use an external hdd it's getting too complicated.

it's been a long time ago for me, but: Could not detect the drive date! sounds like the DVD-drive is or not connected or not responding to data requests.
Last edited by JaapDaniels, Jun 17, 2021

JaapDaniels said:
because the modchip never got a firmware update since 4.2, and i'm not sure if that might be part of the problem.
but i'm almost certain the dipswitches are in the wrong position.
the external switch module was optional, so i doubt it's the real problem, but wrong settings of model and region would lock the drive wich is what is described as the problem.
Click to expand...

You can try install Homebrew Loader using LetterBomb xploit and then configure a USB loader, is better with childs, no broken/scratch disk running around.

impeeza said:
You can try install Homebrew Loader using LetterBomb xploit and then configure a USB loader, is better with childs, no broken/scratch disk running around.
Click to expand...

The dude already successfully ran a syscheck, presumably from the hbc...
Reactions: impeeza

XFlak said:
The dude already successfully ran a syscheck, presumably from the hbc...
Click to expand...