Hey I am looking to buy an EZ-flash iv does anyone know anywhere that still sells these and delivers to the UK? 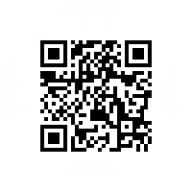 I dont know if the shop is reputable, but this is what I found:

Edit: this ne is listed on the ezflashes website as a valid reseller:

Has anyone bought from Max Console? And, do they accept paypal? I think I read somewhere that paypal has been banned from accepting payments for EZ Flash by Nintendo. Really not happy to use credit card with sites I have never heard of.

Edit: Contacted 3DSEU and they replied back to me, seem legit. Has anyone ordered from them? They have EZ Flash IV for 38 Euros and even include a 4GB micro SD pre-loaded with 173 Games (all the titles I want are on there, so no need to bother with collecting more). Has anyone used them before? So, so wary of using credit card with little-known companies though! Damn you Paypal/Nintendo!!!
Last edited by Ben Ten's Dad, Jan 11, 2016

"micro SD pre-loaded"
Though they will probably deliver and not take your money and run I can not think of a site that lasted/had a decent rep in the end that ever did that.

Also if you ask about maxconsole in flash cart/emulation/modding sites they will assume you mean http://www.maxconsole.com/cgi-bin/maxconsole/rknewz.pl, which is a long standing news and file download site ( http://gbatemp.net/threads/does-gbatemp-have-a-rival-forum.355250/page-2#post-4785064 ), and that one with a hyphen in the middle is unrelated. Such a similarity could be accidental (max - ? is a good name) but the tiniest bit of due diligence when registering the domain would have brought that up so I have to assume it is a piggyback site.

Equally on credit cards the disposable ones are not as popular in the UK as they are in the US but you can get them, also your bank might offer a one time number.

Afraid I have not kept up with European vendors for flash carts though.
Reactions: Ben Ten's Dad
B

Such a nightmare this since Nintendo stopped allowing PayPal to accept payment for these. Because of the nature of the software all sites I have visited seem a little suspect.
D

I'm not eager to find out if the sites store my credit card info, and if they do, do they do that safely. Even if they promise safe payment. Looking around, my only option was using SHOP01Media, which allowed bank transfers and was listed as an official dealer. ( http://www.shop01media.com/en/EZF4m-EZFlash-4-flash-linker-Nintendo-GBA-MicroSD )

For some insane reason, I was willing to try it out... and I received my EZ-flash IV quite quick after the payment was made, and the site sent me good updates on the order status. So I would recommend that site for Europeans, though the cost with bank transfer, insured mail and VAT (23%) was 63 euros (47£)... so pretty damn high - Shop01Media does not include anything extra on the packet, like a micro-SD card and SD-to-microsd for transfering purposes.
Last edited by , Jan 11, 2016
B

Wow, that's pretty expensive. I have PM'd someone on here from the US who says I can have one for $50 shipped (around £35), they seem honest enough from the correspondence I have had so far. It's funny, I trust this person who I have never met from another country more than I would trust any of these hundreds of flash sites I have visited. Best for me is that I can pay by PayPal. Paying any of these sites via Credit Card was never gonna happen. Nintendo should have made one of these carts, they would have scooped a fortune!!!
D

Dunno about UK, but Finnish custom authorities would check out that package, ask for receipt and then add 23% VAT to shipments from US, so the final price would be around 43£. Still cheaper than what I paid, but the only difference is the 4£ insured mail and faster shipment from EU.

[edit] It seems that Aliexpress.com also offers EZ-flash IV's nowadays. That site has had good reputation, and I probably would use credit card with them. They also seem to offers bank transfers. Wish I had known/Aliexpress had provided ez flashes back then, though I'm still happy for what I got.
Last edited by , Jan 12, 2016
F

Credit card no longer available, too....

Wow I had not expected that. I have no love for Sage (the programs are bad, their payment system is awful if you are relying on it for staff and I guess now there is this) but I was not expecting that change, especially not for an EZ4. I am a bit behind the times on credit card processors for online businesses so I have no alternatives I can suggest, I hope you get back to doing though.
F

Well...ok SAGE programs are another theme, because SAGE PAY is a division of SAGE for payments. Behind SAGE PAY is ELAVON (www.elavon.com). They were in contact with SAGE PAY first and SAGE PAY forwarded the request to us/me.

I have decided to chose SAGE PAY for the costs i have to pay for the credit card transactions.

However, it seems there will be no other cc solution, payable and with interface for OS-Commerce.....and repeating all the certifications to get a seal or to be allowed to offer cc payments.....

Btw....for the few items left im able to sell (no slot-1 / 3ds cards) it seems to be not really necessary to have this option. 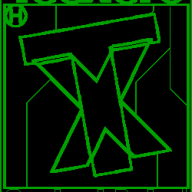 http://www.nds-card.com I have found to be reliable.

Tons of sellers on Aliexpress: http://www.aliexpress.com/wholesale?SearchText=ezflash+iv - I've recently ordered a MSD EZ-Flash IV for 28 USD, shipping included. Took around three weeks to arrive, but that's pretty normal for shipping from China. Aliexpress takes Credit card, I've ordered more than 20 items there and didn't have a problem so far.
F

enarky said:
Tons of sellers on Aliexpress: http://www.aliexpress.com/wholesale?SearchText=ezflash+iv - I've recently ordered a MSD EZ-Flash IV for 28 USD, shipping included. Took around three weeks to arrive, but that's pretty normal for shipping from China. Aliexpress takes Credit card, I've ordered more than 20 items there and didn't have a problem so far.
Click to expand...

Yes...maybe (sure)...but we are not in china and it was not my idea to cancel cc payments. China is a complete different market and place doing business like this. They don't care about a lot of things.

There are also a lot of shops available here in the EU selling all kind of flashcards the last years, without having trouble with BigN and courts or have enough money to pay all the bills or they doesn't matter.

However, i'm not a drug dealer moving from city to city waiting to be catched by police or anything like this. 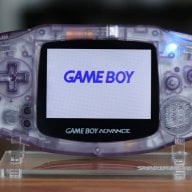 I ordered mine on Tuesday from 3DSflashkart.com. It's on the way from China. I believe it's about to cross into the US or might've already did. Cannot wait! I ordered a 2GB microSD then realizes that the new EZ Flash IV can take up to 64GB unlike the first gen, so I had to order me a 16GB.

Hacking Question - EZ FLASH IV - Save FOLDER has a limit?