Looking for another gaming forum, I'm done with GameFAQs 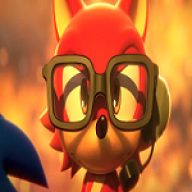 After being a longtime member there since 2003 the community and staff as of recent are horrendous as well as toxic. Trolling is encouraged and not stopped, flaming/harassment is chaotic everywhere and the mods do not seem to give any damn to stop it. I didn't wanna make such a topic there and choose here so I can get an unbiased opinion to any visitors of that forum and have a serious discussion. I'm ready to leave them for good, as sad as that sounds I would much rather have a real gaming community with heated debate on real topics and mods that actually care about their jobs. I come to gbatemp for my mod/emulation needs, for whatever reason discussing emulation is against the rules over there despite it being 100% legal. Does anyone have any advice where I can find such a gaming forum, I'm mostly a PC and Nintendo gamer in case there are forums dedicated to such news and discussions.

Sorry for the rant and thank you to anyone that took the time to read this.

Are they everything as I describe in a positive community, serious discussions, mods actually follow the ToS, etc? I'll definitely give it a look later.

I wont leave gbatemp, this place has been good to me and I want to continue being a productive member. I'm just looking for something more dedicated to gaming. Nothing wrong with this site, its just that the focus is more on modding/emulation than gaming itself. 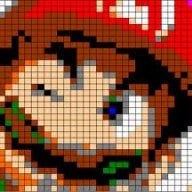 Maybe the Board 2 forum ( http://acmlm.kafuka.org/board/ ) ?
In the last few years it's been pretty quiet though, so don't expect rapid discussion.

Best of luck on your endeavor. I haven't been able to find any gaming forums worth a damn aside from those dedicated to a specific game or console.

Its been garbage since it began. They promote mods by way of blindfolding themselves and jabbing at random currently online members. Which is why 99% of mods just delete posts they don't agree with, rather than enforcing any sort of rules.
It was pretty great when gamespot first had merged with the gamefaqs forums, because for some strange reason gamefaqs mods couldn't ban people posting from gamespot. You'd get the ban notif, but would be able to post again immediately. It was just amazing. Good times.

The people posting there are also morons. About as educated as the average youtube commenter.

Aaanyway there really aren't any good general gaming forums. You might find some small gaming communities but they're usually pretty meh.
The only other forum I posted on has been dead for years.

The only gaming forum I've actually enjoyed has been GBATemp. It's the least shittiest/shady of gaming sites and that's saying something.
Reactions: lampdemon and chartube12 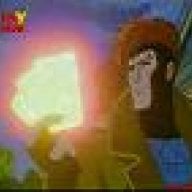 That being said, I use GameFAQs for their FAQS/Walkthrough database. And that's it.

I don't use a single game site regularly(other than this one) but I hope you find one that doesn't suck.
D 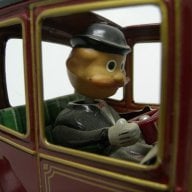 Well I do alot of Hardware mods so I frequent it abit.
Reactions: chartube12

I love them beta/alpha games <З
Registered member but barely post on there lol.
I think I even registered there before Temp..

Edit: yep me did.

Gamefaqs is and always has been good for one thing and one thing only - game faqs. Their forums, much like many other mainstream ones, su*k massive donkey kongs - they have to be politically correct simply because of their popularity. Can't go out of line, can't have your own opinion or the angry mob will get ya! Most forums go down that path, I mean, look at NeoGaf - it's bone-chilling to see what's going on there sometimes. If you're looking for a relatively good one, look no more - you're looking at it. Then there's AssemblerGames, Sega-16 and other such "underground hangouts", those are the places where you can really speak up without worrying about getting censored over nothing or because your opinion is an unpopular one.
Reactions: lampdemon, DCG, megazero1x1 and 1 other person

RemixDeluxe said:
"If I complain on popular forums I will get my update. They just need someone like me to come along and put a foot in their ass to get them to do something that would take like 2 seconds to fix. I will be that foot. I'm an indignant hero."


LOL!! I forgot you put that in your sig, and I'm hugely amused it's still there... Man that guy I was mocking was a tool.

Anyway, I agree w/ Mchief298, most the "generic" forums are crap in my experience. The only places I find myself sticking around are more dedicated to a single platform or concept (retro gaming, gaming genre, etc).

The good news is that the Temp has gotten a lot more generic over the years and it's still one of my favorite forums. It's lack of Nintendo focus these days hasn't turned it into the shit hole various other sites are/were/have become. In fact, while I sorely miss the scene release lists, I think it has gotten better because of it. I'm not a one platform kind of guy either.
Reactions: Sicklyboy

I don't really even -know- of any other forums that pertain to gaming... I mean, there's GameSpot, IGN, and all of their ilk... the only other thing I could really recommend would be the Steam Community Forums (LOL) or /r/gaming, /r/pcmasterrace, /r/xboxone, /r/3DS, etc... I feel like anymore, if you want some decent gaming discussion, aside from what we have here, you'd have to eschew the well accepted forum format and go to reddit.

Dude that person suggesting DS-Scene is just messing with you

I mean, the people there are nice... all 3 of them
Reactions: nxwing, TotalInsanity4, Sicklyboy and 1 other person
N

GBAtemp is the only gaming forum I really use. I used to use another one, but it was never big on activity. Plus, I was there when I was 12, and the fact that I identified well with that community while 12 was a little depressing to think about since many of them were at least a few years older than me. As well, they ended up being far more into those little RP forum games than actual game discussion after awhile. I could probably still find the place and log in if I really wanted to with the same username and password I made nearly 10 years ago. That aside, although this place isn't the greatest at times (the 3DS section is a bit of a nightmare), I find it to have the most tolerable community of the many places I've attempted to be a part of over the years. The mods are some of the most fair I've dealt with, and good choices seem to be made time and time again as new ones are chosen. Whereas I seem to have a habit of joining communities in decline, this one has maintained a healthy stream of activity from when I was here during the hype of the DS days to now. Admittedly basic game discussion can be lacking at times, but there is still plenty of that as well when it matters.

Wait... I wonder if the GameShark forums still exist... O_O

I just checked, no, they're long fucking gone.

Nathan Drake I was about 12 when I was actively into the GameShark forums. What a shithole. -almost- as bad as GameFAQs

@ NeoGaming: i just look up dank meme and found it 29 minutes ago
Chat 1