I have a DS Lite, and a EZV flash cart - however the latter has been missing for about a year now, and I haven't located it. It's somewhere in my room, but where I don't know. So I found my DS Lite though, and now looking to replace that lost EZV with a new FlashCart.

Money isn't important, and I definitely don't want a clone, and would prefer an original. I looked over the "FlashCart info thread" but i'm still a bit lost and confused as to what is actually the better cart as new ones have come out since I had my EZV and I haven't followed the scene in quite some time.

I will not be using the flashcart for homebrew, for media playing or anything like that (I have an S9 I'm happy with). Are there 4gb's worth of ds games that are worth grabbing? I'm curious as this may determine whether I go for one with or without SDHC support.

Also I need to know where I can buy it from in the UK, or if it's illegal here then perhaps suggest a shop online that accepts paypal and is trustworthy. The EZV was bought from a shop in HongKong I think, and it had the word Sun in the shop name, but I can't rem what it was called.

Sorry to make another similar thread to the millions already out there, but hope someone can guide me in the right direction. Also does it matter whether or not I use a particular type of microsd? Back when I had my EZV it did matter with some SDs running too slow to play certain games.

I'm not aware of any current non-clone card that doesn't support SDHC. I've got an 8GB card that's ~75% full of games I've read nice things about and intend to play eventually.

I'll recommend an Acekard 2i, it will work on a DS Lite just fine, it's cheap, and one of the top two/three in game compatibility, easily playing 99.9% of games.

use r4i.co.uk i use this a lot for my carts they do m3i zero, acekard,
iedge, r4i red and gold etc very fast delivery prices are good because
of the promos they send you.

Check out this thread http://gbatemp.net/index.php?showtopic=218892

I forgot to add that I'm also interested in realtime saves, not interested in cheats or hacking games either. I just want to load the rom on to the microsd and have it load without issue.

Will these "i" variants of these cards work on a DS Lite? I don't have a DSi see. What about the CycloDS? Read some stuff on it, but still unsure, I hear it's pretty expensive, I'll look at hte prices in a mo.
|
THanks for the link Jackthelad, I'll check it out - same with nathnokane, thanks

"i' stuff works on a Lite just fine.

cool i guess i'll go with the acekard then, thanks again for the input guys

EDIT: Does the Acekard 2i support realtime saves? That is does it alow me to save whenever and wherever I want? IF not, can you suggest an alternative card that does support that feature?

It doesn't, but the M3i Zero does.

I see, is the m3i zero a better card than the acekard? See I don't mind if it's more expensive, I just want the card that works best for me. I don't want to have to upgrade too soon. I understand that the M3 team does not update their firmware on a regular basis, or stop supporting once a new cart from them is released.

I'm now leaning towards the M3I zero since you've mentioned it, i guess there's no card that has good compat, realtime saves, and SDHC support? So frustrating! Maybe I shoudl get two different flashcarts and glue them together so that i have the best of both features 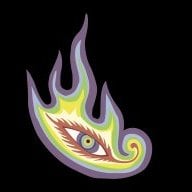 IMHO Supercard is the closest to your ez flash that you had.

The M3i zero has SDHC support.
Like I said, I'm not aware of ANY current/new cart that lacks it.

The M3i zero and Acekard are usually tied for game support, one time the acekard will have a fix out while the M3i takes a few days, and the next time it's the other way around. The acekard is just usually recommended because it's so cheap.

@lolcat, thanks for the info, but I don't think I'll be buying an EZV or something like it again. It wasn't a bad cart, but it just required some manual labour to get things done (dldi patching, saving games etc).

@Rydian The M3I Zero and Acekard2i seem to fit the bill i think. so I'll go for the former. I don't mind price being an issue, I just want an all encompassing cart

Acekard 2i or SuperCard DS2

and since you're going to need to buy it somewhere, may I recommend ShopTemp? 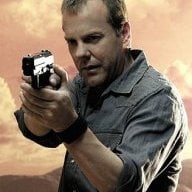 See if you favor any EZ in this site http://www.ndscardsale.com/Ez

@ AnotherMuggle: should i walk to the shop to get beer? A moment ago
Chat 5