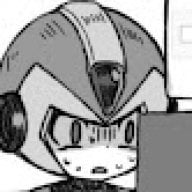 Hi. My name is squat1115 (but you should already know that) and I have a problem with Retroarch.
Some arcade games (on MAME 2003-Plus) cause the emulator to crash (I'm using the homebrew launcher version, by the way). Here's a list of the games I've tested and crash instantly on my 3DS:

- Bio F.R.E.A.K.S: crashes the emulator when loading ROMs and CHD (Throws back to homebrew launcher menu)

- Espgaluda: crashes the emulator when loading ROMs (Doesn't throw back to homebrew launcher menu, throws data abort exception instead, loads all ROMs with no errors)

- Discs of Tron (not tested yet on MAME 2003-Plus, crashes on MAME 2000): crashes upon startup. (Throws data abort exception, loads all ROMs with no errors)

If it's possible to solve these problems, is there a way I can solve them? I'll also try to check if my SD card isn't dying, if needed.
Thanks in advance!