Hello everyone. Since I noticed that there wasn't an Iron Man 3 review here yet, considering that it comes to our country about two weeks early (April 24th to be exact, the earliest release date I believe,) might as well post the one I made when it first came out.

I will warn you right now that this review contains HUGE spoilers so if you do not want to be spoiled, you should turn back now. It's verging on impossible to talk about this movie without spoiling it.

I didn't expect much from this film. After the average Iron Man 2, I figured that, while it'd be a better movie, it wouldn't be a great one. Well, color me surprised, I found it to be great.

First off, I had my worries about it being all Nolan-esque gloom and doom. I figured it'd still retain a bit of its comic energy, it being directed and partially written by Shane Black, but it'd be significantly darker than the other movies and it'd lose some of the humor in the process. I was wrong. Not only is this the funniest film in the series, but it's also the most high energy; it rarely takes itself seriously for more than a few minutes and inserts some random gag. However, there may be one too many. At some points, the gags begin to become a little bit tiresome. Thankfully, the gags mostly hit, mostly due to Robert Downey Jr., who is, again, hilarious.

The special effects were extremely impressive. I found that its effects were probably the best from any Marvel film up to this point even with it not nearly having as much action as The Avengers; especially the large action set pieces. Particularly, there was the scene in which Tony's posh home was getting wrecked by the Mandarin's croonies, and the scene where tens of Iron Man suits started smashing minions. I had the most enormous, nerdy smile on my face watching those. Probably the best action scenes of the year so far.

The twist, in which the Mandarin is actually an act made by Aldrich Killian (played by Guy Pearce) to terrify society into buying more weapons, was a creative way of getting around both the Mandarin's extremely racist origins and the magicky craziness that powers him in the comics. I wasn't surprised because someone spoiled it to me beforehand, but I found that it was a great way of simultaneously inserting some political satire and avoiding some crazy China explosion from happening. The stereotypical looking American president's conflict with a terrorist who look strangely like Osama Bin Laden and has a Chinese name for a title is very clearly satire.

I credit the character for getting one hell of a performance from Ben Kingsley, who gives it his all in a role that's effing hilarious. Tom Hiddleston's got nothing on this; this is the Marvel "villain" performance to beat. Him as the "Mandarin" made me laugh out loud quite a few times. I could see him doing a hella funny Osama Bin Laden sketch on SNL based on that.

Robert Downey Jr. also gives a fantastic performance. Just like the previous movies, he's a total douchebag, but a douchebag that you totally just have to love. He explores the depths of his character much more deeply than in the previous movie. This is probably the only movie in the series where I've felt a real sense of empathy for his character. Furthermore, Gwyneth Paltrow as Pepper Potts is a great companion performance. She milks the character for all it's worth. In a single movie, she manages to go from damsel in distress to a total badass; this movie gives her role a much more interesting dynamic with Tony Stark.

The problems in the movie lie with its inconsistency. The movie completely shifts tone at some point in the movie. It begins with Tony Stark narrating his deep and complex emotions and anxiety issues, and at some point, he stops narrating the story altogether and the movie transforms into a fully blown out action-fest. While both segments are fine on their own, the shift was a bit jarring and disorienting. The narrative doesn't do a very good job of transitioning from a psychological drama to an action movie, it sort of just happens.

Additionally, the twist was creative, but what happened afterward made the drama have less impact. While I think that Guy Pearce gives a fine performance, Aldrich Killian just isn't a very developed or deep character. He's just not nearly as interesting as he could have been. His persona isn't nearly as terrifying as what he does; under the guise of the Mandarin, the consequences seemed more important and the conflicts seemed to be more tense. Once he loses the terrorist shell, the movie seems to be content with allowing his character the stereotypical "fan from the past who you rejected who then comes back to bite you in the ass," a la The Incredibles. The drama significantly lost its bite once we found out.

Other than that, I found the movie to be a satisfying conclusion to the trilogy. The movie provided closure for the trilogy, while still allowing for Tony to inevitably come back for the sequel to The Avengers. We know, from the ending, that Iron Man will be taking a bit of a break, but he's definitely going out in style.

Flaws regarding too many gags or jarring tonal shifts aside, the film was a fantastic capper to the trilogy. The effects were incredible, the energy was high all throughout, Robert Downey Jr. is fantastic and hilarious as the central character, and Ben Kingsley's portrayal of the "Mandarin" makes the entire movie worth watching. It's definitely a great watch. 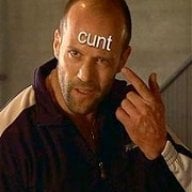 The problems in the movie lie with its inconsistency. The movie completely shifts tone at some point in the movie. It begins with Tony Stark narrating his deep and complex emotions and anxiety issues, and at some point, he stops narrating the story altogether and the movie transforms into a fully blown out action-fest. While both segments are fine on their own, the shift was a bit jarring and disorienting. The narrative doesn't do a very good job of transitioning from a psychological drama to an action movie, it sort of just happens
Click to expand...

Engert said:
I see why you gave it 4/5, because of this part:
Click to expand...


Yep. It's still a great movie though.

Thanks for the review. I can't wait to see this movie.

Great review and I am glad I am not the only one that felt there were way too many gags in the movie.
It wasn't a bad movie, but there were a lot of scenes ruined by a gag, mostly towards the end of the movie when it should be more tense, the gag's just ruined the tension for me and really ruined the tone they were going for.
If they could redo that whole scene and make it a little more serious, I think it would come out a lot better.

@ mthrnite: i'm here all week A moment ago
Chat 5