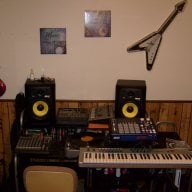 I'll be honest. I didn't know much about the various flash carts, but it just seemed at the time it was touted as "Thee Card" so for christmas my dad ended up buying it for me. For my DSlite of course. It always worked well and I never had issues. I even got into running spinal codes Imenu for it, and they had the other alternative Bagplug/Bagmenu and that was cool as well. I got the R4i pro and never even used it. I dont even think I opened it from the packaging. I also just picked up that DSone clone that just came out a few weeks ago on alibaba. Seems to be pretty legit and so far so good.

Yes, Supercard has disbanded the DSTWO. But all the other good cards are discontinued, too. The whole slot-1 market is one big pile of shit at the moment.
R4s don't offer the same functionality. Yes, the dstwo's features are more or less special interest, but they are better nontheless.
You say that R4i Gold Pro offers the same thing? The R4 gold pro's UI is ugly, slow, the menu layout doesn't make sens and it has a timebomb. Yes, it has RTS but their version is much more buggy. The card is nowhere near the DSTWO. You could argue that wood r4 is close but it lacks stuff like serveral RTS slots, the cheat engine etc.
If there is anyone you shouldn't give your money, it's r4isdhc.com and r4i-sdhc.com with their anti consumer policies.

Which R4 trailed behind in the DSi era? There were so many different clones, all of them with different functionality etc. How does the shortcomings of the (budget) slot-2 card have anything to do with the dstwo?

Compatibility with 3DS firmware is not irrelevant. Yes, it looks better on DSi/ DS lite. That's the system that probably most people prefer for DS games but it's still kind of important that a flashcart has full compatibility. Maybe you meet with friends and you want to use downloadplay and for some reason you have to go with a 3ds. Maybe your dsi breaks etc.
But I agree that "compatibility with current firmware" is not a big selling point these days. It's the standart.
Compatibility with all games on the other end is something in favor of the DSTWO. The multigamecarts, Ace3DS+ and clones don't support unpatched pokemon black/white 2 versions and the r4isdhc.com cards have their own problems.

The DSTWO CPU has more advantages. DS2x86, the real time features, the movie player, linux, scummvm and some more homebrew apps.
Why you wouldn't go with the omega is clear. That one costs at least an addition 50€ which is more than the DSTWO.

The real reason not to use slot-2 supercards is because saving is a big mess. Does it even work with moonshell?

Overall I wouldn't say that the DSTWO is THE best DS flashcart for everyone. But it's among the best 3 for sure. R4isdhc.com, r4i-sdhc.com and all their rebrands are far below. In the end, it's all about the personal needs.

There are actual things that you can critisize about the DSTWO. One of them beeing the bad quality of some batches which has been fixed with the DS2+. But seriously. The part with the r4i gold pro makes this whole post a fucking joke. It's like comparing the ouya to an actual console.
Last edited by Technicmaster0, Nov 29, 2021
Reactions: Sophie-bear

superspudz2000 said:
games ran on a 3DS are Stretched Out and blurred, and just look horrible
Click to expand...

wrong. Someone came up with an app that can either stretch to widescreen or keep original aspect AND change filters in case you like sharpness or a bilinear filter. I use wide+bilinear and i honestly don't find it bad at all. Without those filters it did bug me, but bilinear fixed everything it looks great now.
Also, chill, let people use whatever they want
Reactions: lifehackerhansol