is there any software that changes shiny rates on pokemon ds games? 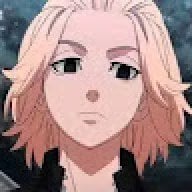 I am looking for software that modifies the shiny rates on pokemon games, how do I do this?

kely_lyke said:
I am looking for software that modifies the shiny rates on pokemon games, how do I do this?
Click to expand...

kely_lyke said:
I am looking for software that modifies the shiny rates on pokemon games, how do I do this?
Click to expand...

without cheating there is the cute charm glitch that works for generation IV (Heart Gold, Soul Silver, Platinum, Diamond and Pearl).

With external device on DS or twilight menu on DSi you can use action replay codes. That way you hold a button and the thing will appear shiny.

kely_lyke said:
I'm just looking to change the rate of the pkhex game and the like doesn't interest me
Click to expand...

then do the cute charm glitch, or follow this guide to rom edit your game:

https://www.reddit.com/r/PokemonROMhacks/comments/7hrnhi
for that one you need either flashcard or dsi/3ds with twilight menu.

kely_lyke said:
I'm just looking to change the rate of the pkhex game and the like doesn't interest me
Click to expand...

Whether such things exist as cheats already I don't know but you could probably twist it to be so.

I don't know what the shiny requirements are for the DS games offhand, you probably wanting to go look up a shiny calculator and seeing what it asks for/data it shows/data it requires to generate them, usually it is a combination of the random stats/EVs the pokemon might have (which may or may not be ideal for battling/breeding), hidden ID numbers (trainer numbers and such like). Your job as the cheat fiddler/maker would be to put a thumb on the scales and force one or more of those random numbers to be shiny territory such that random action in the rest of the game sees it happen far sooner than the 1/[large number] that it would otherwise normally be.
Bonus is there should be cheats for most of those already as the stats dictate battling prowess which cheat makers do like/care about and the rest of the stats that might not have cheats are probably only a few bytes away. If it is going to be complicated (and pokemon frequently is, much to the surprise of many looking to get into ROM hacking/cheat making) then it might benefit from some light assembly skills (you care how such numbers are generated and where they are moved from and to, especially after capturing) but at the same time between existing cheats, guides and save editing tools you can probably get by without it.

Do be careful you don't make an illegal pokemon either -- sometimes EV stats, nature and whatever else are linked and you can make an illegal combination that won't be able to be traded up/down generations (at least without changing its stats and such to valid).

That said other than making videos or faking it for some kid if you are going to cheat to make them then why not use something in the save editor world to flick the switch? Same end result.