Question Is there an RSS feed for "Front-paged" news? 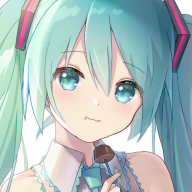 I'm aware of RSS feeds for "GBAtemp and Scene news" and "User submitted news" since they are both subforums, but I was wondering if there was one for the so-called "Front-paged" news that is a mixture of official and approved user-submitted news articles.

Doing my own research, it appears as a tag:

However the link for that tag (Even on user-submitted threads) always leads to https://gbatemp.net/forums/gbatemp-scene-news.101 which is not quite what I was looking for.

And then on those lists, the "Front-page" tag doesn't even appear to exist:

So I'm not entirely sure how it functions or how to follow it as RSS specifically.
Upvote 0 Downvote