Homebrew Is there absolutely no way to play FTP video content on wii u?

Just was curious. I have a android tv device that can be accessed with ftp due to a file manager feature. It works well, but not at all on wii u. Tried using the browser but it just seems inaccessible. I the remembered a wii homebrew that had media player access. Wii MC. But is grossly outdated by 7 years. Not to mention that it won't work with wii u game pad, so it only operates with wii mote that I can't use.

I'm just wondering if I missed something. I also tried searching online but all results of using ftp to play videos on wii u always end up talking about "FTPII U" instead which is opposite of what I want.

The is still no native Wii U media player (outside of streaming via Netflix, Youtube, and the internet browser). WiiMC is a Wii-based homebrew, which could be coded to allow for GamePad and/or pro controller support on the Wii U (in fact such a version may already exist, I haven't looked), but even if you find that, you won't be able to watch those videos in HD since they'll be restricted by the limitations of the vWii instead of the full Wii U proper.

I'd love a real Wii U media player and I do hope we one day see one, but for now, ya just gotta make do with what the system can accomplish thus far in that department. 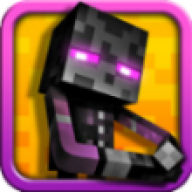 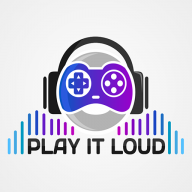 Good guide and appreciate the afford of ..... But one silly question, if we still need the computer, and I know it's different purposes, but in this case we can use simply the moonlight to stream in real time, no?

Nintendo Wii U Yesterday at 1:24 AM
Codycmpz
C

Nintendo Wii U Saturday at 11:40 PM
The Real Jdbye

@ KennieDaMeanie: New camera bumps look like stickers meant to be peeled off A moment ago
Chat 2