Gaming Is there a way to remove voices from wii games 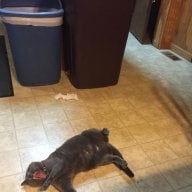 Extract and convert is different to remove, which most would interpret to mean take the voices, keep the music and other sound effects.

For the latter assuming there is not an option in the menu, or if there it is also gets rid of sfx or all sound which you do you want to keep then you have a few options. Simplest is find the audio and blank it, delete it or otherwise somehow render it such that the system makes no noise from them (this can include dropping the volumes to 0 but having them still play). Things like dropping the volume mean you have to learn the format, things like editing the sound handling mean you have to learn that and things like deleting it or renaming a no sound file mean you only have to find the files in the first place. On older systems you did also have the option of blanking audio channels but that is not so useful on the wii, still possible in some cases though.

Conversion to a more common format then.
The wii is a vaguely powerful modern computing device so there are any number of formats that can be used. In practice the Wii has a couple of formats in common rotation. BRSTM is the one many would be familiar with and while it is a Nintendo created format it tends to be more for their games which are often the more well known to hackers. http://fileformats.archiveteam.org/wiki/Audio_and_Music#Game_audio_and_music has a bunch, there may or may not be conversion tools for them.
In my experience a lot of these anime games do something a tiny bit more custom but still cover the basics rather than leaping immediately to the hard stuff.

Hacking How do I extract icons from a banner.bin file on Wii?

@ kenenthk: I don't know of a professional studio recorder that doesn't use protools for example 8 minutes ago
Chat 2