ROM Hack Is there a way to install Minecraft Bedrock mods on Switch? 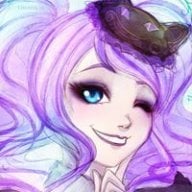 Last year I tried to use Checkpoint to add Maps and mods, but only maps worked, so I thought that it wasn't possible yet.
Now this year a new update was released where mod support was added to the game and free mods on marketplace was added too, I didn't tested using checkpoint again cuz it's causing some errors on my Atmosphere, so i'll try updating everything and then test, till there, has someone tried to install mods on Minecraft and got it working?
Reactions: EidGrand

Hacking Is there any way of modding a patched Switch without a modchip?

Nintendo Switch Yesterday at 3:11 AM
Milenko

B
Second Wind not starting on Switch

Nintendo Switch Tuesday at 1:19 PM
Servion12
S
P
Made the move to a modded switch from a modded wii u

@ KenniesNewName: Was his name big bob behind a brick wall? Today at 3:00 AM
Chat 0