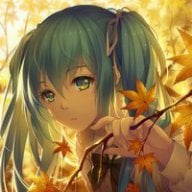 I have an o3DS XL it still nice 99% of games are playable.

I can play latest game without problem ( even if there is small slowdown ).

For 3d function, I don't use it so I don't have problem with that

I'd been away for a while but decided to update my consoles, and found a few new neat devices showed up for the vita too, handy:
sd2vita, takes a uSD card and used the game cart slot (needs henkaku, preferably enso henkaku for the driver). I installed it, and used it with some of my psp/psx games, i.e. my pspemu folder is on the uSD as uma:0. You can also configure it to be ux:0(main storage)

...BUT SINCE this is a 101H(? the 3G one) I ALSO DISCOVERED that somebody did something even neater for that! Wrote some drivers so that the 3G modem could be ganked for, you guessed it, a uSD storage slot. IIRC this is called psdvd or something similar. I do NOT OWN this one yet, but plan to order one soon to try out as I never have nor will use the 3G modem.

Just to be clear the sd2vita card SHOULD work on ANY vita while the psdvd(or whatever it's called) will ONLY (potentially) work on a vita that has the 3G modem as you swap out the modem for the card storage...

Anyways, I came here snooping around to see if anyone had come up with something similar for the 3DS as I'm running out of room on my 64GB card and unscrewing the back is getting old since I also took the time to update it's hacks(a9lh -> boot9)... gotta say though I don't get nearly the enjoyment out of the 3DS as I did the nds back in the day... frankly been having more fun getting old psx games running w/adrenaline on the vita...

(also hacked my phat ps3 which I thought would never be hackable w/o a hardmod... but then I also have a slim w/low fw(NIB) kicking around just never got around to doing anything with it as I wanted to monkey with some of the stuff the phat had but was too cheap to pay for someone to hardmod or spend time trying it myself... besides I bought all the ps3 games that I might be interested in and they're so cheap now that any I missed it's still probably easier to buy new old stock or decent cond used... then maybe dump them myself if I get around to it...)

[EDIT]
BTW those sd2vita cards are DIRT CHEAP too boot, <$10 ... the two that I picked up were $7 but there were some even cheaper but I tend to go hmmm... take the little bit more expensive one in the hopes that it MIGHT be more legit... but they probably ALL are, but you can check around... the extra torage is handy as either uma:0 OR ux:0 (or whatever else)... oh also as ux:0 that means that you don't need the expensive sony memory sticks any longer, well beyond henkaku install, and in case the sd2vita cart fails... but new henkaku installs to ur:0 (REAL internal vita storage) to it will still bot, just minus whatever was on ux:0 that you didn't also put on ur:0 (the config on ux:0 is now also set to look for kernel drivers, etc. on ur:0, it's basically just a copy of the config on ur:0 but molecular, etc. usually go on ux:0 but I digress even further... but can you tell, I just love that sd2vita cart...)
[/EDIT]
[/EDIT]
Last edited by cutterjohn, Apr 10, 2018
V

Old model is perfectly fine. Snag one up at a good price and just enjoy the games

E
Old 3ds problem (won't turn on, no light at all, won't charge)

3DS Corrupted, still found title save data using FBI, can i get the save data?

@ AliceCE: when the 3ds screen orientation suz haha A moment ago
Chat 4