Is it safe to send a exteranl harddrive with roms on it for repair? 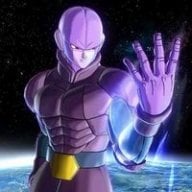 Just wondering.
The drive is basically called emulation. It's a big drive to. Want to see if i can send it for repair so i can use it again. It's full of roms.
Don't want to buy another if i don't have to.
I checked online how to fix it. Couldn't find anything. It just doesn't power up.
Reactions: Julie_Pilgrim

Most likely they won't care about the content unless you have folders call "child pron". Are you talking about sending it in for warranty work? They would likely swap it with with an already refurbished unit so you would never get your data back. If you can remove the drive from the enclosure you can try directly connecting it to a pc or putting it in a new enclosure.
Reactions: Julie_Pilgrim and Nobody_Important4u

If the drive can't be read anymore it is probably dead, since you have rom on them, probably best you don't send it in for repair, and just buy a new drive. Even if they revive the drive and if they do data recovery on it they still can find trace on the drive.
Reactions: Julie_Pilgrim

chances are that if it's still under warranty, you won't get the same drive back anyway.

Did you drop it? Those external HD are really hard to break unless you get it wet or drop it. But to answer your question the repair guy probally won't care. If it is the OEM they are just going to send you a refurbuished unit.

My entire life is on my 5TB external HD I would go nuts if I cant access the data.
Reactions: Nobody_Important4u

To answer the question of the OP. I have never heard of pirated materials causing a normal person to be pinged by a warranty claim on storage, indeed it is rare even for companies to get pinged via such means (most of those tend to be bitter ex employee or some kind of audit). Second to that nobody has more than about 5 gigs of documents, photos and home videos, certainly not terabytes. Drive companies know this (some countries even tax them because of it) and thus if it gets around that they are shopping people... yeah their sales will likely drop off a cliff. It is not like it is their IP either (I assume you don't keep the manufacturing secrets and CAD data you stole from their servers on that drive).

For the most part though they will probably open it up, read the basic drive log to make sure it has not been dropped and look at the water labels to see it has not been sent for a swim. If a new caddy will do something you might get it back, if that is more effort than it is worth then they will probably just send one of the replacement units (an hour of engineer/technician time might be worth more than a simple replacement).

Impossible? No. Can even see a path that would not even be the plot of a cheesy film. Have I ever heard of it happening? No.
I got my first external about 16 years ago and was already a year or two late to the party (USB flash drives were just about taking off and sometimes it made sense to shove a CF card in a reader still), torrents had also just got really big and have been floating around circles like this ever since, before that as well actually, and following copyright cases for about a year less than that.


Goku1992A said:
Did you drop it? Those external HD are really hard to break unless you get it wet or drop it. But to answer your question the repair guy probally won't care. If it is the OEM they are just going to send you a refurbuished unit.

My entire life is on my 5TB external HD I would go nuts if I cant access the data.
Click to expand...

External drives are pretty susceptible to damage in my experience. Sometimes it is just the controller that goes, other times the jostling in the bag and lack of airflow means they die far quicker.

Still if your data is all in one place, never mind something as unreliable as externals, then probably best to get a backup of it if the data means that much to you -- data that does not exist in more than one location does not exist.

It depends. Probably ought to analyse it for the risks it faces.

In addition to simple failure (drives die all the time).

The other location thing is more in case someone breaks in steals things (I would certainly grab a nice external I can flog for something if it is sitting there too along with the laptop/tower), in case things burn down, in case things flood (which could include the fire department spraying water everywhere when things are burning down) or in case you get a nice lightning strike (or the power supply decides it wants to take that power leeching computer with it) with it all plugged in.
Assuming it is not tied to the main machine via some kind of network share arrangement if some nice ransomware comes along and encrypts everything then you also have that to consider.


In my case I have about 5 megs of files I truly care about, 50 that I would really rather not have to redo. This I can email to myself and keep on my toy hosting.
Reactions: Goku1992A

They probably won’t care, everyone with an interest in software has most likely pirated something at least once

G
Hardware Sending a CFW 2DS to Nintendo for repair

Question about out of region WiiVC injections

@ Psionic Roshambo: If I had listened to literally like 99.999% of what I read or people said, both real life and... A moment ago
Chat 4