Hacking Is it possible to get ysmenu on a r4i-sdhc??? 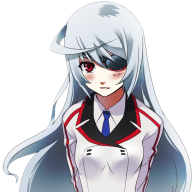 Yes, it's possible.
You can find how in the stickied topic "R4YSauto" of the R4 DS forum.
J

MurtenTK said:
Yes, it's possible.
You can find how in the stickied topic "R4YSauto" of the R4 DS forum.
Click to expand...

Actually, it's not that simple. The R4YSauto instructions assume a real R4 or a close clone. The cards from R4i-SDHC.com are actually DSTT clones.

That said... it looks like it one can get YSmenu to work on an R4i-SDHC, but not necessarily in an easy-to-use fashion.

As an experiment, I copied over the TTMENU and YSMENU directories as well as the TTMENU.nds and YSMENU.nds files from the SD card I use in my DSTT. If I launch YSMenu from the R4 menu, it runs, but I can't launch any ROMS as YSMenu pops up an error dialog which reads "Unsupported DLDI name".

I'm speculating here, but I would guess that YSMenu uses the DLDI name to determine the type of card it is running on. (The R4i-SDHC cards report something like "DeMon IO Library" as the name of the DLDI driver.)

Interestingly, I can run TTMENU.nds from the R4 menu. This works and will even let me launch commercial ROMS. Also, if I launch YSmenu from TTMENU, then I can launch ROMS (including commercial ones) without the "Unsupported DLDI name" error.

To summarize... YSMenu will currently run, but you have to launch it from TTMENU which has to be launched from the R4i-SDHC menu. At a minimum, I suspect we would either need an upate from Yasu to recognize the R4i-SDHC DLDI driver or to hack the R4i loader to replace its DLDI driver with the TTDS one.

For those who are wondering, I have tried replacing R4.dat with a copy of TTMENU.dat. This does not work as the card just gives an icon reading "Menu?" at boot.
J

Okay, I have an idea, but won't be able to test it until later...

I tried changing the R4IMenu\multimedia.ini file to point to YSmenu.nds with the idea that I could start YSmenu from the middle icon of the start screen. This worked except that I still received the "Unsupported DLDI name" error when I tried to boot a ROM. I'm guessing that the card autopatched over the TTIO.dldi in YSMenu with its native DLDI driver.

What I'm wondering is whether I could patch YSMenu.nds to disable autopatching? I think this would leave the DSTT DLDI driver in place and fool YSmenu into working.

Even if this does work, it still doesn't seem likely that one could automatically boot into YSmenu on an R4i-SDHC card. I think the best we can do is to comandeer the moonshell button for YSmenu. Also, we'll need to look into how best to organize the files to limit the duplication of files from the TTMENU and R4IMENU directories.

More after I have a chancce to try this.
J

A quick recap for those who just joined us...

The R4i-SDHC (and it's non-i version) are DSTT clones with a somewhat different menu system. In order to get YSMenu to run in an R4i-SDHC card, one has to resolve two issues:1. Fooling YSMenu into thinking it is running on a DSTT
2. Finding a (relatively) seamless way to run YSMenu.
First, we need to set up YSMenu as normal. DO NOT patch it with the R4 DLDI driver! Instead, we want to leave the DSTT DLDI driver that it is already patched with and, instead, apply a patch to disable autopatching. (A suitable utility can be found on the DLDI wiki.) This is because the DLDI driver automatically patched by the R4i-SDHC (DEMON IO library) is not recognized by YSMenu, so it does not know what loader to use.

At this point, we can manually run YSMenu from the R4 menu. Now, normally, we would consider copying \YSMenu.nds to \R4.dat and booting directly into YSMenu. This won't work, however, as the firmware on the card seems to expect to see something in the R4.dat file and won't boot otherwise (displays an icon reading "MENU?"). Similarly, it doesn't appear that we can just copy YSmenu.nds to some other file and override the "Game" menu.

This leaves one option- take over the Moonshell button. For this we need to edit the file \R4iMenu\multimedia.ini and replace the contents with the path to YSMenu.nds. Once done, we can select YSmenu from the initial start screen.
E

I use the Moonshell button to start YSmenu.
All works great (run game,Cheat , Reset etc ...)

OMG THANK YOU SOOOOOOO MUCH!!! I can finally play final fantasy Chrystal chronicles EOT on my r4i sdhc

hooooooooo
this is wonderful!
now i know when someone ask how can they use ysmenu on r4-sdhc!
this will be the link

Does this also works on a R4 III SDHC Upgrade Card?
Would be really great cause Im trying already a long time to
run YSMenu on my R4 Card.

Can someone give me the downloadlinks... so I can download
everything I need to do this and a small instructions for noobs ^^

r4 III is a clone of r4 ds (AKA: r4 II)
just use ysauto and download the dldi from the dldi wiki (google it)
Y

ok I have to use the R4ysauto and the new YSMenu.zp File. So far I get it.
But what should I do with the dldi file from dldi wiki? Its some weird file I can't
do anything with. Sorry I don't know how to use it.

But I thought I shouldnt use the ysauto because this will autopatch the YSMenu.nds
or should I use the DLDI-NO-Patch programm first after creating the YSMenu with
R4ysauto? Because if I do that. YSMenu doesnt work anymore.

I get the YSMenu running just I cant start anything from it... like roms.

I think what i need ist a noob instruction

Load from multimedia botton ... loads but menu graphic glitches...and unable to load roms.
Help... where did I go wrong ??

I've used R4Ysauto for std R4 YSmenu and that worked perfecto.
Need a simple step by step for YSmenu on R4i-sdhc.

Just letting you guys know, you can use ysmenu as a replacement firmware on an r4 clone by decrypting the firmware using r4crypt.
C 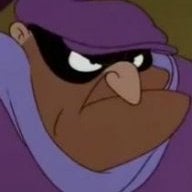 clegion said:
how about for r4-sdhc can you use ysmenu as a replacement
Click to expand...

I'm trying the same thing and I cannot make it work, shell works but it doesn't start the roms.

triassic911 said:
Just letting you guys know, you can use ysmenu as a replacement firmware on an r4 clone by decrypting the firmware using r4crypt.
Click to expand...

Actually... untrue... because like the earlier post, the flash cart itself is expecting something from the R4.DAT file from their firmware.. so even if you decrypt... its going to show up as a red micro sd and its going to say : ERROR..

(i tried myself.. and it didn't work)
maybe for other clones..

triassic911 said:
Just letting you guys know, you can use ysmenu as a replacement firmware on an r4 clone by decrypting the firmware using r4crypt.
Click to expand...

Actually... untrue... because like the earlier post, the flash cart itself is expecting something from the R4.DAT file from their firmware.. so even if you decrypt... its going to show up as a red micro sd and its going to say : ERROR..

(i tried myself.. and it didn't work)
maybe for other clones..
Click to expand...

It works as long as the clones firmware is based on a card that ysmenu supports.
G

I've got to say that the instructions on how to update the R4 are the most confusing and incomplete shit I have read in a long time. I'm reading do this then do that, patch this with this but it doesn't tell you how; Use ysauto but no mention of using the DSTT firmware or the version. Someone else comments you can do "this" and someone else says that you can't because you need to do "that."
For the MARIO & LUIGI RPG3, you need the cheat codes so the one code can be applied to make the game work. There is no mention whether we should use cheat.dat or usrcheat.dat for example.
I appreciate when someone offers valid and helpful info. But partial info - assuming we all know how to do a few steps in between for example - is really quite useless.
So I'm still trying to change my R4 as I have been for the past 2 days. One version worked and then a couple of days later it erased every game - about 30 of them - and their SAV files from the game menu!

So basically does anyone have a sure-fire way of explaining every detail that actually works?
S