Is it even worth it to get a PS5 anytime soon?

spoken like a true fanboy. I own both a ps5 and a series x, and from what I've seen, the series x generally sells out quicker. the reason, they've done everything right. devmode, so I don't have to buy another laser for my ps2, bc with all previous systems while the ps5 only has bc for the ps4, and you can even use development lab to create your own custom controller with your handle or anything engraved on it (why doesn't playstation have something like this!?). if sony fixed these things with the ps6, it would probably crush the switch in terms of sales, but sony really fucked up this generation tbh, and this is coming from someone who loves the ps5.
Reactions: MUDD_BR 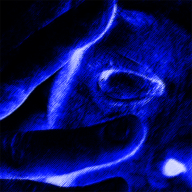 The PS5 is a great and fast system. The controller is awesome, it is very quite (at least mine is), it is fast as hell and the overall experience is just great. The only bad point right now is the internal storage, which is expandable. But the NVMEs are way to pricy right now.
Reactions: schatzi24 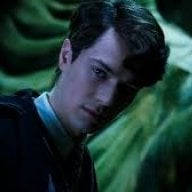 thekarter104 said:
Hello. I'm planning to get a PS5 eventually. But I still see games coming out for PS4 aswell. I have a PS4 pro up to date for buying games, forbidden west seems good, but also comes out on PS4, which holds me back on getting a PS5.
I can't even think of any PS5 exclusives.
So in don't see the point of getting a PS5 in the next 2 years even! Maybe even 3.

But I need an opinion. What do you think. Is it worth it or shall I let my friends complain about my PS4 that is slow, I really don't mind. PS5 is a huge investment and seeing new games also come out for PS4, I don't see a reason to.

So yes, maybe I can wait until the PS4 completely dies out by Sony? Or get a PS5 the next year or so?
Click to expand...

Honestly it's only really worth getting the PS5 if you are very UN-content with the performance of your PS4 pro honestly.

Now the PS5 is really good, don't get me wrong but it's just mainly for performance enhancements, ray tracing and haptic feedback compared to the PS4 and right now (imo) that really is the only main selling point of the system for PS4 owners.

If you don't see a point or reason to then don't get the PS5, then don't get it, especially during the stock shortages that we have been currently been facing sense these new console have been long around for.

Personally I'd recommend to wait until the stock shortage is over and then get the PS5 if you truly feel UN-content then with the PS4 performance or games, and by then the PS5 pro would be out so why not wait?

Don't get me wrong, you can get a PS5 at msrp if you are willing to put in the effort to look everywhere and wait right now, but that's your choice if that's a pita to you or not, and seeing on how you've stated that you don't really want a PS5 then my last sentence about the recommendation is worth taking into advice. 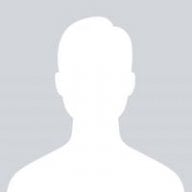 what are people doing regards to updating Ps5, is anyone sticking with low firmware hoping for a JB soon?

chrisnasah said:
what are people doing regards to updating Ps5, is anyone sticking with low firmware hoping for a JB soon?
Click to expand...

4.03 is what people are saying, but no one knows for sure. I don't care personally. I'm signed in permanently, mostly for cloud saving and trophies, which I've started to like, though cloud saving is a given after my first switch died and I lost all saves.

godreborn said:
4.03 is what people are saying, but no one knows for sure. I don't care personally. I'm signed in permanently, mostly for cloud saving and trophies, which I've started to like, though cloud saving is a given after my first switch died and I lost all saves.
Click to expand...

are we able to log into PSN on low firmware on the PS5 or will be i forced to update?

you'll be forced to update.

godreborn said:
you'll be forced to update.
Click to expand...

damm it, why sony playing hard with updates arrggggg!!!!

I guess there should be some caveats with exploiting systems. personally, I don't think an exploited system belongs online. it totally ruined both the ps3 and 360's online systems, especially for legit users, which is something I don't think should be tolerated. that's likely the reason no public exploits for the latest ps4 firmware.
Reactions: nutsack
N

It all depends what you wanna get out of it, i guess.
I wanted to get a system early on, so i could also stop updating early on.

I am patiently waiting for homebrew currently. I wanna use my PS5, eventually, for Saturn, Gamecube, Dreamcast and PS2 emulation.

While i wait for that i installed my PS4 collection on my PS5 and expanded it with another 4tb SSD and an 8tb HDD so i have space for my entire collection on a single system. 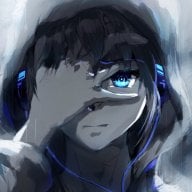 The only reason to own a ps5 is for the 4.03 homebrew that is quickly running out on retail shelves.
Reactions: Hayato213

seany1990 said:
The only reason to own a ps5 is for the 4.03 homebrew that is quickly running out on retail shelves.
Click to expand...

yeah, ps5 go out of stock in seconds here. I would have bought one to sit in a cupboard but scalpers are ruining it. 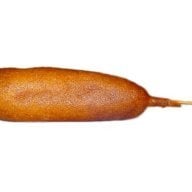 As with any generation, I feel like if you're on the fence you'll be happier waiting until the slim model drops.

Definitely don't pay above MSRP for it. Yeah scalpers are annoying, but they only succeed if people are actually willing to shell out a grand for a video game console.

I got one and love it, personally. The performance boost is nice, and I work on my PC all day, so I don't enjoy PC gaming anymore. PS5 hooked up to my TV in the living room is currently my favorite gaming experience. The performance boost for select PS4 games has completely transformed some of them, for me. Playing Spider-man/God of War in 60FPS with raytracing has been really wonderful.

The speed boost to performance on the PS5 is my personal favorite quality of life improvement. It practically feels like a cartridge console with how snappy everything is - that goes for the UI, too. Not having load times for Spider-man feels so foreign to me, still.
S

appleburger said:
It practically feels like a cartridge console with how snappy everything is
Click to expand...

That is because it practically is a cartridge console.

The games might be downloaded or shipped on a disc, but they are installed to the ssd "cartridge" in the ps5.
V

If it wasn't god awful ugly and giant, I'd maybe consider it. I'll probably wait for the slim version, that will probably take 5 years to come out. Imo, it's legit the ugliest console ever released. lol
Last edited by Viri, Mar 26, 2022
C

It's not that I think it's not worth it, it's more like there's a lot of other gaming-related stuff I can get much cheaper and easier and I never have been an early adopter. I'd rather wait until there's a lot more games and I can easily obtain one. 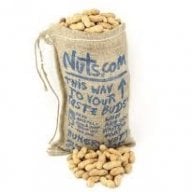 One thing that made it a no-brainer for me was that PS4 has kept strong resale value thanks to how tough PS5 are to get. So as soon as I got my PS5 in hand and I sold my PS4 Slim, and I sold it for the exact price I paid new for it in 2016: namely, $220. Gotta think as soon as you can walk into a random Best Buy on a Tuesday and buy a PS5 that used PS4 values will tank, the same way PS1 values tanked when the BC PS2 was finally easy to get.

Anyways, I figured it was worth $320 after tax to upgrade my PS4 Slim to a PS5. Another thing was I had held off playing a lot of late gen PS4 games like Ghost of Tsushima, The Last of Us Part 2, Spiderman, Final Fantasy VII Remake, Yakuza Like a Dragon, Dragon Quest XI S, etc because I wanted to play them at 60 fps instead of 30 fps. Gotta say I have really enjoyed the PS5. First console I have bought in the first year since SNES.

Only thing that has disappointed me so far is how shitty Horizon Forbidden West's 60 fps mode looks on a 4k panel. It looks like a 2013 game from before TAA was widely used, just a noisy and shimmering ugly ass picture. Worst looking game I have played on the system.

Viri said:
If it wasn't god awful ugly and giant, I'd maybe consider it. I'll probably wait for the slim version, that will probably take 5 years to come out. Imo, it's legit the ugliest console ever released. lol
Click to expand...

It is ugly and enormous, makes my PS3 Fat look like someone's little brother.
V

nutsack said:
It is ugly and enormous, makes my PS3 Fat look like someone's little brother.
Click to expand...

It makes the VCR Xbone not look that bad in comparison.

Sony PlayStation 5 May 6, 2022
fringle
F
K
Help with getting a PS5 console for a true gamer

W-Lan Problems with my PS5