Hello everyone, basically i just discovered rom hacking as i was looking for how to make a pokemon game, and found thousands of rom hacked pokemon games... i was totally blank to this world xD.
Sooo, as i discovered inazuma eleven, both anime and game not too long ago, i tried to search for some cool rom hacks for inazuma eleven and found somethings for IE1 and 2.

As of now i played all the games to Inazuma Eleven Go, but i found the third, especially The Ogre version, the best game, but unfortunately there's almost nothing for it.

So while i was imagining some cool stuff to do if there were any hacks for it i came out with some questions and wish that someone with more knowledge than me on hacking roms ( so basically anyone else xD)
can help me.

So i tried to get some info around, and the things i want to know are:

1) Is it possible to edit the save of IE3 Ogre, if yes how to do it, do i need a dedicated save editor to do it ? and what can be done by editing the save ?
2) Was wondering if it's possible through save editing or editing game files, to edit special techniques, by that i mean the amount of TP needed to use them and if there is any value to their "strenght" .
3) One more thing was about editing characters' statistics, techniques, and even models if possible ( I know that's almost dreaming but i was thinking if it was possible to add charcters as something like DLCs or like the Nintendo Network Downloadbles or maybe replace with already existing characters).
4) Remember Inazuma eleven 2 characters like Shawn Froste and Dvalin, who were able to change in two different forms, each with it's own techniques ? So i was thinking if it's possible to add a second form to already existing characters.
5) Is it possible to add techniques to game ?I was thinking about adding some Inazuma elevenGo techiniques in, maybe by replacing the animations with already exisitng techinques and then changing the name ?
6) Is it possible to unlock all characters in the album and the contacts map, maybe by save editing or some cheat code, i've seen that for the Japanese version of the Ogre on the old DS there are way more cheats than the Newer Ogre for 3DS.
7) For last is it possible the edit the number of players that can be recruited, and adding more pages to add them ?

Thank you soooo much for anyone that has the patience to help me, as i said i just found out of rom hacking so i'm a total noob.
Last edited by JakxvL, Sep 3, 2020
Reactions: Milozaki 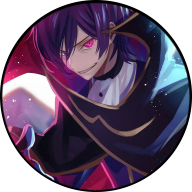 There is actually a save editor called NoFarmForMe3 (NFFM3) which also supports IE3!
S

The things you can do are:
Import, export and replace players
Edit move levels of players
Max out items
Edit prestige and friendship points count

More things will be added in the future.

PokefanBrian said:
There is actually a save editor called NoFarmForMe3 (NFFM3) which also supports IE3!
Click to expand...

The things you can do are:
Import, export and replace players
Edit move levels of players
Max out items
Edit prestige and friendship points count

More things will be added in the future.

Thx guys for pointing me out these save editors, I finally have Destra and Sael, and changed a couple of player's techniques that were really bugging me through save editing.
But I still have to figure out how to change players' stats, change TP required for special techniques,and i would love to figure out if it's possible through intense rom hacking xD to get more slots to recruit players, that would be phenomenal.
Do any of you guys know something ?
Reactions: Milozaki