If anyone is a reptile expert/specialist please read this... 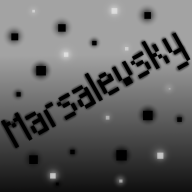 i caught a six-lined racerunner a few days ago and today it came to a very sad death.
my friend told me something was wrong with him/her so i went and looked and was shocked
when i saw that one of his/her eyes was practically gouged(?spelling) out. A few minutes later
i checked again and horrifiyingly saw him/her go into an alligator-like death roll and afterward
opened his/her mouth and it was filled with blood After another few agonizing moments, he/she
was spazzing out and now partially bleeding out of almost every opening of his/her body (eye, nose,
mouth, and tail tip.) I eventuallywent to bury him/her and he/she was continuously doing the death roll
so i buried him/her and put him/her out of his/her misery... i think my friend may have done it, but he was
very fond of our lizard so if he didn't do it do any of you experts know what could caused it? i would greatly
appreciate your help.
-Team_Subspace

was their any pus/or swelling on the snake? was its jaw constantly open at any time recently?

no and no he/she was totally normal and then boom... (it was a lizard though, no rudeness meant when saying)

well from the bleeding part it sounds like it could have been mouth rot that killed your lizard but the only way to tell would be to actually look in its mouth...also as for the eye part im not too sure was there anything inside of your container that would be able to poke your lizards eye?

I am sorry I can't help you and I am sorry for your loss but I just want to say this post amused me a lot.
Especially the fact that you chose to post this on a video game forum instead of somewhere else.

@orc this is a general off-topic chat so....

I don't know anything about lizards, but it sounds to me that he was having a reaction to some sort of toxin or poisoning. A friend of mine used to keep lizards, and he was telling me how careful you have to be with them, they can have toxic reactions to a surprisingly large amount of seemingly inert plant types.

If he did ingest or come into contact with something toxic or poisonous one reaction would be scratching of the face and mouth, this could explain the damage to his eye. And further symptoms would be spasms and death rolls and haemorrhaging of his orifices. So maybe you should check the tank he was kept in for something toxic that could cause that, it could explain his death.

Team_Subspace said:
@syko it would never open its mouth for anything even to eat and the only things were some green anole lizards and a brown anole + a few rocks.
Click to expand...

hmm well as mentioned in your first post maybe your friend was poking at it and accidentally poked its eye? but i wouldn't jump to conclusions...and mouth rot could be the cause of why it wasn't eating...mouth rot if not treated the infection will spread to the deep tissue and even the bones in reptiles and could have been what killed it...but to be honest if you really want to know what the cause of death was then a necropsy would be best...the only thing i can say at this point is sorry for your loss =/

i appreciate all you're help everyone and i will try to be more careful in the future so this doesn't happen again.