This is a problem that has made me bald before my time through tearing my hair out.

Ive had an iedge for a while and used it successfully. Then i saw a new update on the official cn site.

So i got hold of it, forgot how to update (Forgot rom needs to be on the desktop), but after all this i formatted my system memory on the dsi XL itself, and then formatted my micro SD, and did it again.

But each time i load it up, it just continually updates. It says im on version v1 and it then says it will update to v3.

Each time it takes 55 seconds and sticks briefly at 92%. Ive noticed in the above mentioned post it says it should be only 25 seconds so something has to be wrong.

I put in my iedge without a micro sd in, and the sudoku menu is there. Even after i formatted my dsi xl and micro sd card, but like i say every time i click sudoku, it goes to the black screen and updates! ARGH!

Has anyone else had this problem or have some idea how i can fix this please? Im worried i may have broken my iedge, as i cant imagine any other solutions...

Many thanks again in advance.

1) Bootstrap updater, and rom on Desktop.
2) Enter micro sd which had been formatted normally to Fat32.
3) Use bootstrap updater and direct it to my microsd and the rom.
4) I then put it in my DSI XL and choose sodoku and the microsd in the iedge in flashes as its meant to, and the update shows increasing percent, however ALWAYS takes 55 seconds.
5) I then put back in my comp the microsd and put on edge dat and folder from the official site.
6) Load back up on my dsi xl and click sodoku and it AGAIN black screen begins updating, saying im version 1 and its going to version 3.
7) Ive tried before and after ive put edge dat and folder on, deleting the BIN file creater after using bootstrap updater.

Please has anyone any suggestions.. this is a real killer.

Thanks very much all for your time, and sorry for writing so much, just want to be sure ive told all the facts. The only other thing to add is i use Vista, did use the rom specified (Not sudoku but the one in instructions) and also tried with the pack from the link above.
Additionally i use Vista, and have run it with administrator mode.
C

1) Try formatting it to just FAT then downloading a whole new copy of the files needed
2) Are you using the correct ROM to update it?
3) The files don't have to be on your desktop they're just easier to find that way.

4) If all else fails find a friend who owns a DS and try updating it on their DS.
W

Critic said:
1) Try formatting it to just FAT then downloading a whole new copy of the files needed
2) Are you using the correct ROM to update it?
3) The files don't have to be on your desktop they're just easier to find that way.

4) If all else fails find a friend who owns a DS and try updating it on their DS.
Click to expand...

Thankyou for your help. I did manage just now before reading this to sort the problem. The vital step i was missing was, that after format, i did bootstrap then i had to Reformat again, before putting on the other bits.

I thought maybe just delete the bin update, or such, or that it wasnt a vital process, but in thbis case seems it was.

I guess its as i had loads of homebrew on there and maybe somehow it just needed a good clean i dont know.. but really happy over this.

Youre def right, i wouldve gone with your suggestion had i seen it earlier, and many thanks again for the suggestion. Finally now i can get back to Lost vikings on the go.

All the best, and thanks for your advice 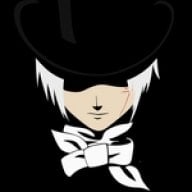 when you do the update first time, you need to erase the file after you upgraded your iEDGE

This is a problem that has made me bald before my time through tearing my hair out.

I am having the exact same issue, did you finally resolve it? If so, how?